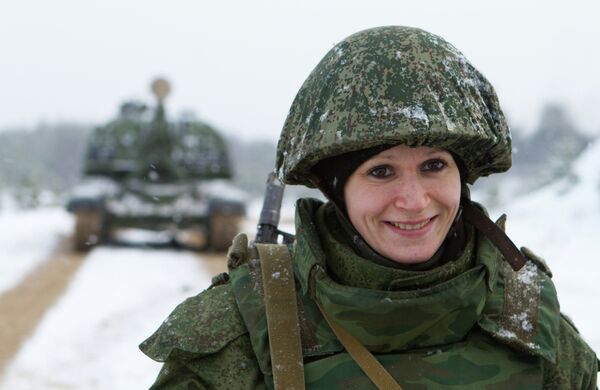 “My personal opinion is that we should see more women in the military ranks serving as officers, generals, sergeants, and privates,” Pankov said at a meeting with students from universities in Siberia.

He added that it must be their voluntary choice, however.

Pankov said 200 women became cadets at various military education establishments in Russia last year, and their number was expected to grow in 2014.

“We have opened admission [for women] even to the Ryazan Higher Airborne Command School…and the number of applications is enormous,” Pankov said.

“This goes to show that there is demand for the military profession among women and we should not ignore it."

According to the Armed Forces statistics, 11,000 women are currently doing military service under contract, down from 30,000 five years ago due to army staff cuts under ongoing military reforms.

They serve as officers and petty officers mainly in staff positions, including as specialists in medical and financial services, or in communications units.