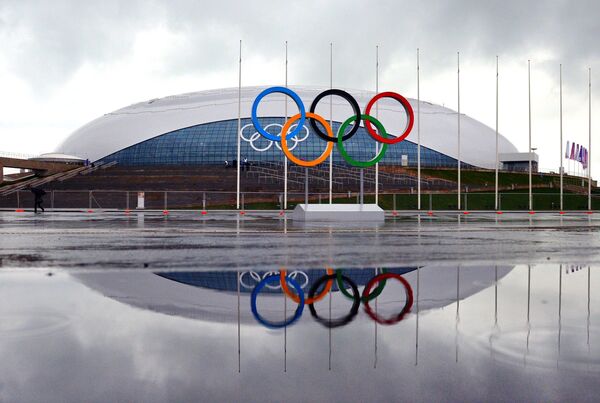 The Sochi Games are still a week away, and yet for many their political legacy is already set in stone

MOSCOW, January 31 (R-Sport, David Nowak) – The Sochi Games are still a week away, and yet for many their political legacy is already set in stone.

Some people cast them as a snow-sprinkled symbol of the resurgent, ideologically retuned and self-assured Russia – a country that must be reckoned with.

Others see them as the perfect microcosm of everything wrong with the nation: beset by security issues, undermined by corruption, tainted by twisted notions of human rights.

These two visions, though not entirely incompatible, have locked horns in the run-up to the Games – a battle that warrants a closer examination of their origin.

It was on the pristine Alpine slopes of Austria that the Games were born. On a ski trip together some time before the bid was announced, President Vladimir Putin and Vladimir Potanin, the metals tycoon, discussed the lack of such world-class facilities back home. A winter sports powerhouse dating back to Soviet times, Russia was long overdue a decent winter sports retreat. The pair agreed that hosting the Olympics would provide the perfect catalyst, according to Potanin’s account of the story, and that they could both enjoy the facilities themselves, just dandy.

And so, despite zero sporting infrastructure in Sochi, with the coastal cluster resembling a marsh and a couple of rusty chairlifts in the mountains above, Putin would woo the International Olympic Committee into granting Russia its first-ever Winter Games, and Potanin would go on to build the Rosa Khutor Alpine Skiing Center through his Interros holding company. 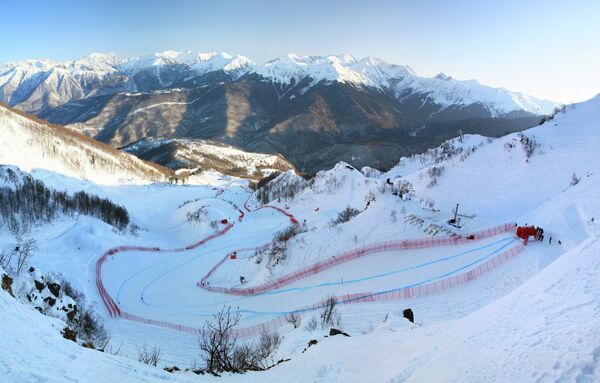 From two people, the Sochi project ballooned to more than 50,000 – the estimated number of workers called upon in the seven-year build of over 400 various venues, roads, parks, chairlifts, tunnels, hotels, electricity substations and other miscellany in what has been called Europe’s largest-ever construction event.

Some opposition figures have claimed that over that time, up to 60 percent of the reported $51 billion spent has disappeared, stoking fears that workers have been underpaid, savings made on construction material, and shortcuts taken on environmental protection promises.

Whatever the route trodden, the result appears, at least for now, to be there. Seen from space, the coastal cluster resembles a car park for spaceships – a giant oval perimeter containing seven arenas and a medal ceremony platform in the center. A 40-minute train ride into the mountains, and you’re among a shiny new bobsled track – Russia’s first and the world’s longest at 1,814 meters – a challenging biathlon course, and Rosa Khutor itself, praised by American skiers for its uniquely undulating ski terrain.

All are a far cry from the rainy, windswept lowlands and the dilapidated, crumbling mountainside resort.

But as the new Sochi rose out of the ground, so did new threats that could, at the very least, spoil the party for Russia’s ruling elite.

Just nine months before the opening ceremony, Putin chose to sign into law controversial and vague legislation banning the promotion of gay relationships to minors. The aim appeared to be to stop the stream of applications to hold gay pride parades in Moscow and St. Petersburg.

The effect, rather predictably, was near catastrophic PR for Russia. Some world leaders opted to stay away, while gay athletes aired their safety concerns publicly – quite justifiably with the new wave of violence against gay people that the legislation inspired.

In a clumsy attempt to mitigate the damage, Putin would later insist that gays are welcome in Sochi as long as they “leave the children in peace,” revealing the unapologetic association that many Russians make between gay people and pedophiles.

The new IOC president, Thomas Bach, appeared to be clear on the issue in an interview to R-Sport in September, insisting that the Games “are not a marketplace for protests,” but last week the German was quoted as saying that pre-event press conferences were a suitable place for athletes to air their grievances.

As if the challenge to make foreigners feel welcome in Sochi weren’t already great enough, organizers also had to deal with a very real terrorist threat.

In June, around the same time as Putin signed that legislation, Chechen rebel leader Doku Umarov – who is linked to a long line of deadly bombings – purportedly threatened to unleash maximum force in disrupting the Games.

Sochi went into lockdown. On Friday, Vedomosti newspaper reported that 70,000 police and intelligence officers had been relocated to the Black Sea resort to help secure the area, with billions of rubles spent on a so-called “ring of steel” security perimeter set hundreds of miles outside the city.

A deadly wakeup call struck in December, when a double suicide bombing hit the southern city of Volgograd, not too far outside that ring, killing 34 people and injuring hundreds. A chilling video surfaced in January in which two young men claimed that the Volgograd carnage was but “a little example” of what the jihadists could do.

It leaves organizers struggling to strike a balance between running a security event and a sports event – the battle that London 2012 chief executive Lord Sebastian Coe claimed he won for Britain’s Summer Games.

But as with London, many of the political issues tend to fade when the sporting action starts.

Sochi organizers can only hope that is the case come February 7, and that the post-Games narrative is dictated by the oohs and ahs from the snow and ice.