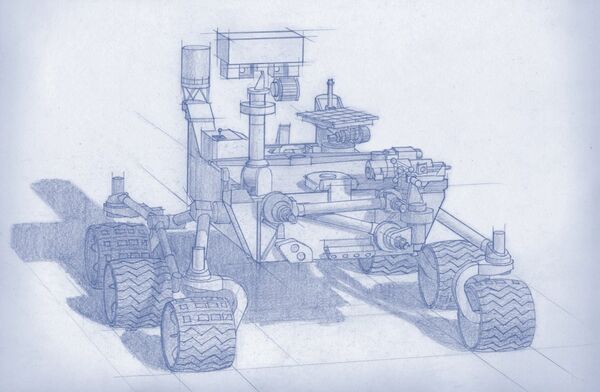 Russian scientists have proposed an instrument for an upcoming NASA Mars rover to search for underground water that could support life on the Red Planet, a lead scientist at the institute that submitted the project said Thursday.

MOSCOW, January 30 (RIA Novosti) – Russian scientists have proposed an instrument for an upcoming NASA Mars rover to search for underground water that could support life on the Red Planet, a lead scientist at the institute that submitted the project said Thursday.

“On the surface everything looks the same, just layers of dust and rock, but our instrument can see minerals of scientific interest underground,” Igor Mitrofanov told RIA Novosti.

The NORD instrument designed by Russia’s Space Research Institute was one of 58 proposals submitted to NASA earlier this month for inclusion on the agency’s upcoming Mars 2020 rover. NASA is due to announce the chosen experiments in March.

The Russian instrument would build on earlier water-scanning devices built by the institute for a series of NASA probes.

One of those devices, the High Energy Neutron Detector on the Mars Odyssey orbiter, helped detect huge quantities of frozen underground water on the Red Planet in 2002. A later NASA mission, the Phoenix lander, confirmed that finding.

Last year, a similar device aboard NASA’s Curiosity rover discovered that some regions of Martian soil contain as much water – six percent by weight – as soil in deserts on Earth where microbes are known to live. 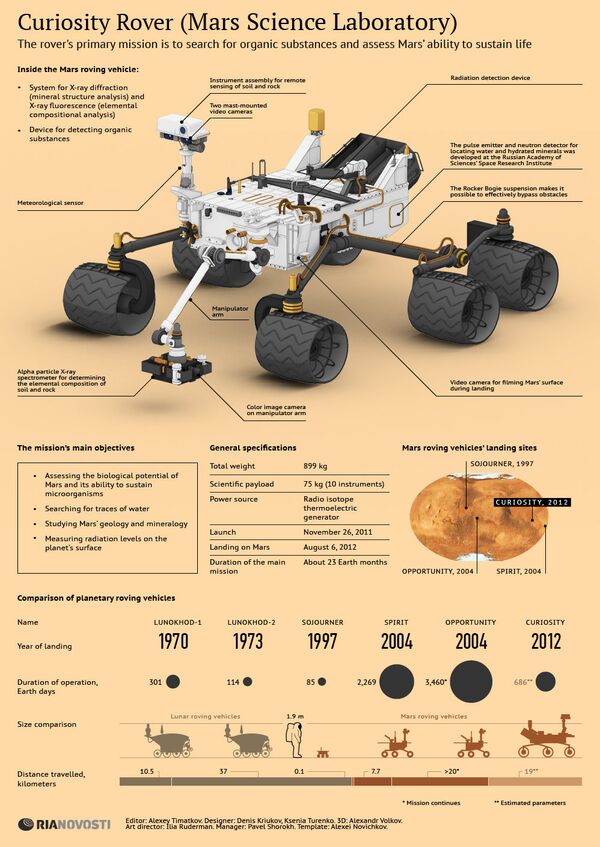 That instrument works by beaming high-energy neutrons deep into the ground. Hydrogen atoms trapped in water molecules absorb some of the neutrons.

The new detector will instead look for gamma radiation produced when cosmic rays crash into the Martian surface.

“With gamma rays we can see the elemental composition of the soil. The spectral lines that are emitted by the soil when bombarded by cosmic rays indicate how much iron, silicon, calcium, etc. are present under the surface,” Mitrofanov said.

The rover is planned to be able to dig up soil during its journey across the Red Planet and store it on board. Ultimately it could be offloaded onto a future lander and launched back to Earth for laboratory analysis.

“The most favorable conditions for life on Mars existed 3 billion years ago, which is why detecting it is so difficult. It cannot be done with a relatively simple and compact device that can be placed on a Mars rover,” Mitrofanov said.

Russia’s sample return mission to the Martian moon Phobos failed to leave Earth’s orbit and burned up in the atmosphere two years ago, but the head of the Lavochkin company that built the craft said Tuesday that a similar mission could be ready to transport Martian soil to Earth by 2024.