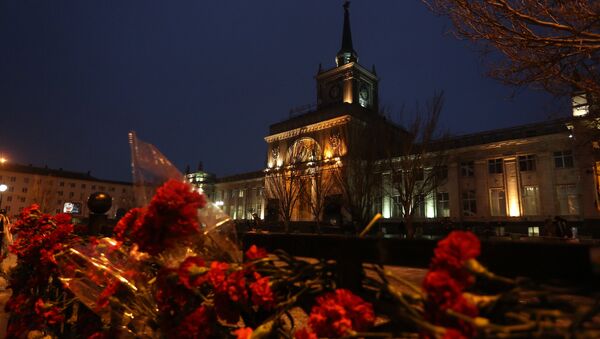 Police in Russia have identified two alleged suicide bombers believed to be responsible for deadly bombings in the city of Volgograd and detained another two suspected accomplices, anti-terrorism officials said Thursday.

The National Anti-Terrorism Committee identified the suspected suicide bombers as Asker Samedov and Suleiman Magomedov, adding that they belong to the Buinaksk militant group based in the turbulent southern province of Dagestan.

Police have detained two brothers, both from Dagestan, on suspicion of assisting the terrorists in traveling to Volgograd. They are being questioned by investigators, the anti-terrorism committee said.

Twin bombings on a train station and a trolleybus in Volgograd killed 34 and injured many others late December.

In response to the terrorist attacks, Russia has introduced unprecedented security measures as the country readies itself to host the Winter Olympic Games in Sochi, due to open on February 7.