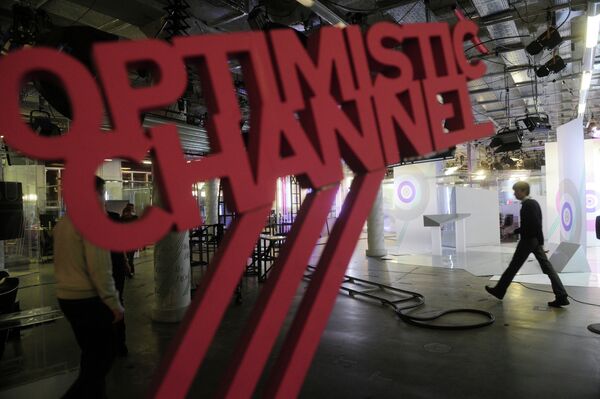 The row is likely to reignite concerns over media freedoms in Russia as the country readies for the international exposure of the Winter Olympics, which are set to get under way in the city of Sochi next month.

Dozhd initially drew outrage by running a survey on its website Monday asking viewers if Leningrad – now renamed St. Petersburg – should have been surrendered to the invading Nazi army in order to save hundreds of thousands of lives.

The station quickly withdrew the poll, but is now facing calls from lawmakers in the St. Petersburg legislature for prosecutors to take action against the broadcaster. A number of satellite and cable providers have preempted potential action by the authorities and pulled Dozhd from the packages they offer subscribers.

Rostelecom, the largest universal telecommunications companies in Russia, later said it too had cut off Dozhd broadcasts to its cable subscribers.

Media had previously reported that Tricolor TV, Russia’s biggest satellite television provider with over 14 million subscribers, also decided to exclude Dozhd from its satellite package. The company released an official statement condemn the station’s poll, but denied it planned to stop transmitting Dozhd.

“We hope that the channel drew the due conclusions and that its future broadcasts will make amends for this mistake,” the statement said.

Later in the day, broadcasts were stopped by other regional cable companies, including in the Urals cities of Yekaterinburg and Kurgan and in the Volga region city of Samara, according to one of the channel’s presenters, Mikhail Kozyrev.

Presidential spokesman Dmitry Peskov said Dozhd had “crossed a moral and ethical red line,” but “failed to offer any kind of reasonable apologies.”

Speaking about calls to close the channel down, however, Peskov said it was up to satellite and cable providers to decide on whether to exclude the channel from their packages.

The poll was held to coincide with the marking of the 75th anniversary of the lifting of the Leningrad siege.

Dozhd struck a defiant note, saying in a statement on its website Wednesday that it rejected any suggestion that it lacked patriotism.

The Dozhd incident has also triggered renewed talk of making it a criminal offense to question the Soviet Union’s actions during the war.