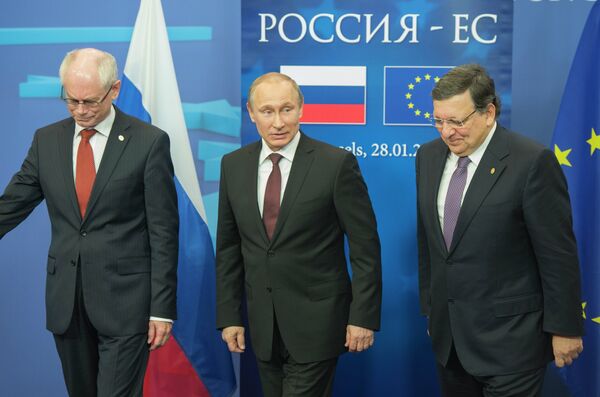 “As a specific proposal, we have suggested that the EU leadership study the possibility of establishing a free-trade zone between the EU and the Eurasian Economic Union, which is currently being established by Russia, Belarus and Kazakhstan,” Putin told reporters on Tuesday after an EU-Russia summit.

“A lot of problems are yet to be discussed, and a lot of issues are to be addressed at an expert and technical level,” Putin said. “But I think that we should start thinking about it right now.”

Putin said the next EU-Russia summit would be held on June 3, on the eve of the G8 summit in the southern Russian city of Sochi.