Putin Prize to Be Offered in Martial Arts Contest in London 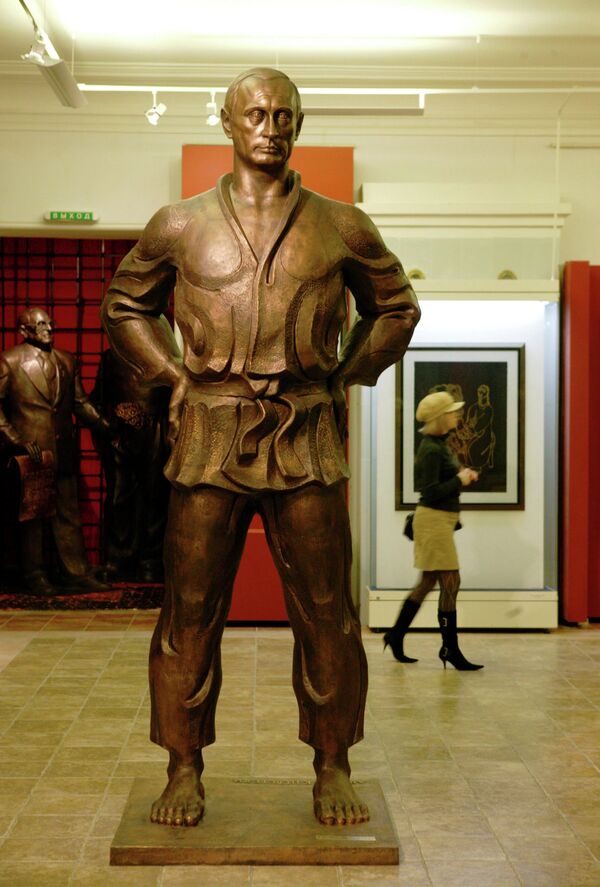 © RIA Novosti . Sergei Pyatakov
/
Go to the photo bank
Subscribe
A martial arts tournament in honor of Russia’s President Vladimir Putin is set to be held in London in October, organizers say.

LONDON, January 28 (R-Sport) – A martial arts tournament in honor of Russia’s President Vladimir Putin is set to be held in London in October, organizers say.

The tournament in the Russian martial art of sambo, which is little known in Britain, is described as offering “prizes of the Russian President Vladimir Putin.”

The competition will be “sporting diplomacy,” according to Vasily Shestakov, who is the head of sambo’s world governing body FIAS and a Russian politician with close links to Putin.

At a meeting to launch the event Monday, the Russian ambassador to Britain, Alexander Yakovenko, said: “British art is welcomed cordially in Russia. We know that Russian cultural traditions are welcome in Britain. I believe that our peoples will only benefit from the strengthening of cultural and human relations.”

Putin has a black belt in judo and was presented with an honorary ninth-degree black belt in taekwondo, the highest rank possible, during a visit to South Korea in November. He regularly attends martial arts events and visited the London 2012 Olympic judo competition with British Prime Minister David Cameron.

It was not immediately clear whether Putin plans to attend the London tournament or even whether he has any personal connection to the event.

British dignitaries at Monday's launch included former Chief of the Defense Staff General Sir David Richards and the Marquess of Reading, who is head of the Commonwealth Sambo Federation, which is organizing the event together with the Russian embassy.

Sambo was founded in the 1920s by Soviet soldiers and combines elements of judo and various wrestling styles. Its name derives from a Russian military acronym for “self-defense without weapons.”