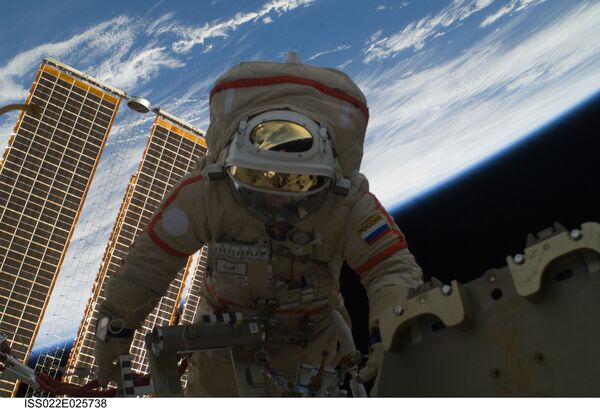 © NASA
Subscribe
Two Russian cosmonauts began a spacewalk on the International Space Station on Monday to install a pair of video cameras.

“They still have to take pictures of cable connectors and to retrieve a cassette container attached to the Pirs docking module,” he said.

Kotov and Ryazansky, who in November carried the Olympic torch together into open space, initially attempted to install the cameras during a spacewalk last month, but ground controllers were unable to activate them.

The cosmonauts then had to extend their time outside the station in order to dismount the cameras and bring them back inside for troubleshooting.

That spacewalk broke the record for Russia’s longest, at 8 hours and 10 minutes.

The issue was tracked down to a faulty cable connection that has now been fixed, and the pair began a second attempt Monday.

The cameras, made by the Canadian company UrtheCast, are intended to take high-definition videos of locations on Earth selected by paying viewers.

The company has said it will also provide a free lower-resolution video stream on its website and through its mobile apps.

The current spacewalk is the sixth in Kotov’s career and the third for Ryazansky.

Updated with the current progress of the mission and minor rewrites. 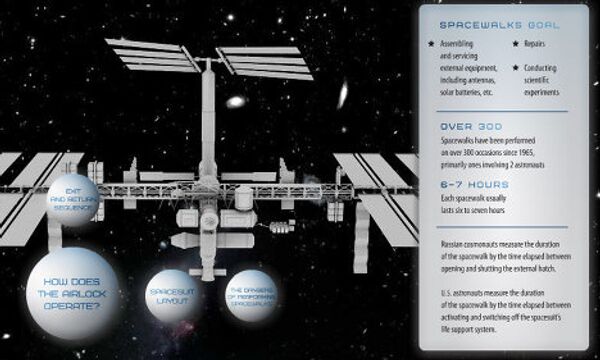