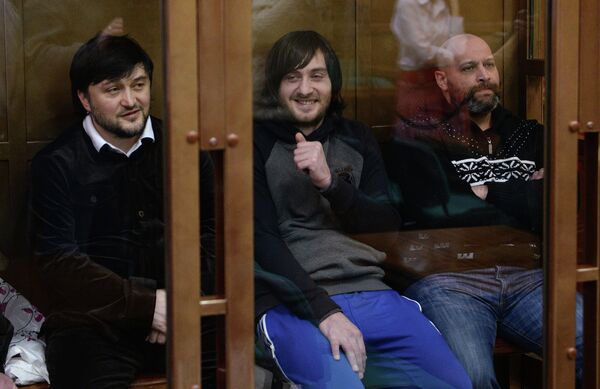 According to Solopova, five jurors told the court that they could not take part in the hearing of the case. Alternate jurors will replace them, she said.

No explanation was given for the jurors’ inability to serve in the trial of five men accused of involvement in killing the crusading investigative journalist.

This is the second major jury change in the Politkovskaya case. The court disbanded a previous jury on November 14 after three more jurors withdrew for various reasons, leaving the panel with less than the 12 people required by law.

Another juror was removed last fall when it emerged that he had a previous conviction for murder.

Five men were charged with the murder of Politkovskaya and acquitted in 2009. The Supreme Court overturned the verdict and ordered a retrial.

Politkovskaya, who worked for the prominent independent newspaper Novaya Gazeta, was shot dead in her apartment building on October 7, 2006. Her murder has been linked by some experts to her coverage of human rights abuses in Chechnya.

Prosecutors believe that Rustam Makhmudov committed the murder with the help of his brothers, their uncle, and Khadzhikurbanov.