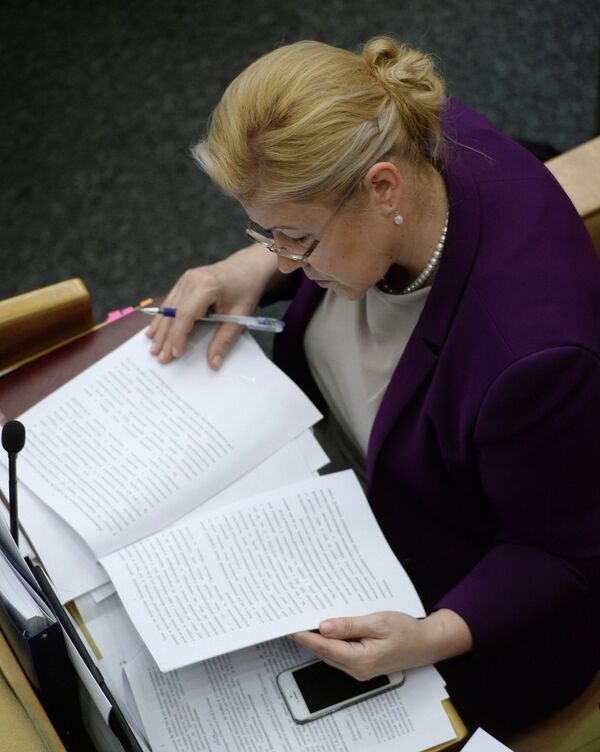 © RIA Novosti . Alexei Filippov
/
Go to the photo bank
Subscribe
Russian lawmakers proposed expanding the so-called ban on “gay propaganda” to all kinds of sex, although even an ultraconservative senior legislator said it was overkill.

MOSCOW, January 27 (RIA Novosti) – Russian lawmakers proposed expanding the so-called ban on “gay propaganda” to all kinds of sex, although even an ultraconservative senior legislator said it was overkill.

The bill, filed with the lower house of parliament on Friday, calls for a ban on “promoting the priority of sexual relations.”

No legal definition of such “priority” is given in the bill, drafted by seven lawmakers led by Maria Maxakova Jr. of the ruling United Russia party, a professional opera singer.

A statement accompanying the bill claims that young Russians are losing their virginity at an increasingly early age, although no statistics were provided.

The trend is attributed to a “sexual revolution” influenced by the West.

The “sexual revolution” is ending in the United States, where abstinence is on the rise, but not in Russia, the statement claims, again without citing figures.

The new amendments propose to punish creators of “sexually explicit media,” books and films with fines of up to 1 million rubles ($30,000) if their content is available to minors.

The penalty is currently limited to promotion of “non-traditional sexual relationships” toward minors, which became a misdemeanor offense last year.

However, senior lawmaker Yelena Mizulina, who has backed the “gay propaganda” law, said Monday that the new bill is “excessive.”

President Vladimir Putin had to weigh in, repeatedly denying that the law amounts to discrimination.