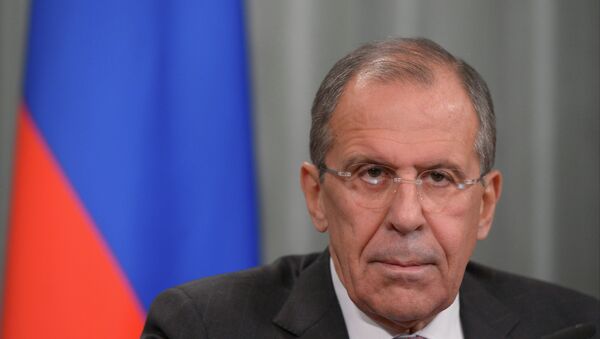 Prominent Syrian Islamist groups such as the al-Qaida-affiliated Jabhat al-Nusra and Islamic State of Iraq and the Levant “have no place in negotiations,” Lavrov said on NTV television.

“Our goal is to facilitate some political agreement between the [Syrian] government and sane, secular, patriotic opposition and parallel to political reconciliation to help them unite to fight these terrorists,” Lavrov said in the interview, broadcasted Sunday.

Syrian opposition and the government of President Bashar Assad are currently locked in high-tension talks at the Geneva-2 conference in the Swiss city of Montreux.

Assad’s government has called for an anti-Islamist alliance shortly after moderates in the opposition clashed with Muslim radicals on the ground earlier this month, leaving hundreds dead.

The majority of radical Islamist groups in Syria have rejected Geneva-2 and threatened violence against participants.

The conference is the first time since the outbreak of civil strife in Syria in 2011 that warring parties are engaged in negotiations.

UN and Arab League Envoy to Syria Lakhdar Brahimi said Saturday that progress at the first day of the inter-Syrian talks was minimal, but vowed to continue.

The sides have so far only discussed humanitarian issues. A source at the negotiations told RIA Novosti on Saturday the matter of a transitional government is not on the agenda through Monday.

The talks are tense in the extreme: The delegations, though sitting at the same table, only converse through Brahimi, while Syrian journalists with differing political affiliations attack each other verbally and physically behind the scenes.