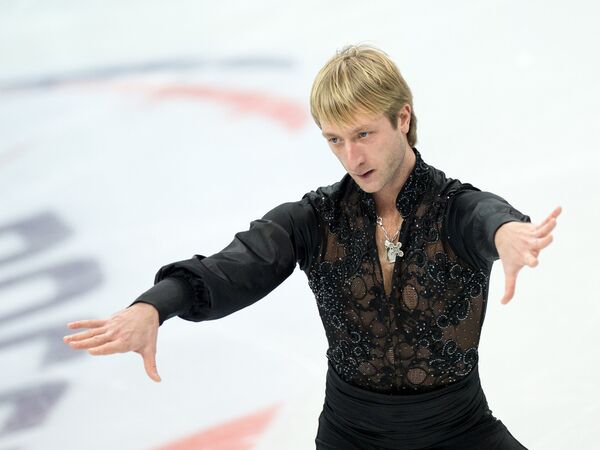 © RIA Novosti . Alexander Vilf
/
Go to the photo bank
Subscribe
Russian figure skating star Evgeni Plushenko is to perform a test skate for selectors Tuesday as his dream of competing at a fourth Winter Olympics hangs in the balance.

MOSCOW, January 21 (R-Sport) – Russian figure skating star Evgeni Plushenko is to perform a test skate for selectors Tuesday as his dream of competing at a fourth Winter Olympics hangs in the balance.

The Turin 2006 Olympic gold medalist did not compete at last week's European championships and the test skate behind closed doors is his last opportunity to stake a claim for a place in Sochi next month.

“There will be experts who will make the decision, not personal coaches,” said Russian Figure Skating Federation general director Valentin Piseev, in an apparent attempt to stress that athletes' coaches will not be able to sway the decision.

“Judges who will be at the Olympics, then our officials working in the figure skating federation, members of the executive committee, there will be only experts.”

Plushenko has struggled with back injuries for the past two seasons and last competed in an elite international event more than a year ago, when he withdrew hurt from the 2013 European championships. He did, however, compete at the minor Volvo Open event in Riga, Latvia, in November.

His major rival for the sole Russian entry at the men’s event in Sochi is 18-year-old Maxim Kovtun. He beat Plushenko at the Russian nationals last month but only managed fifth at last week's European Championships in Budapest behind fellow Russians Sergei Voronov and Konstantin Menshov, who revived their own dark-horse bids for a Sochi Olympic place.

The Olympics formally run from February 7 through 23, although the first competitive date for a Russian men's skater would be the February 6-9 team event, before the men's individual competition February 13-14.