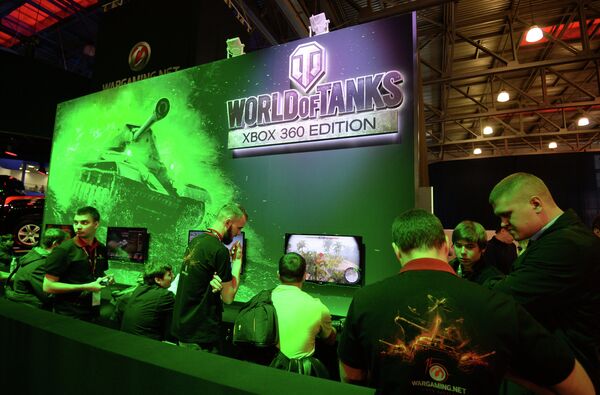 A Belarusian company is proving that it has world-class firepower in the battle for the loyalty of gaming fans.

MOSCOW, January 20 (RIA Novosti) – A Belarusian company is proving that it has world-class firepower in the battle for the loyalty of gaming fans.

The company Wargaming, founded in 1998 in Minsk, earned $372 million in revenues on World of Tanks, according to a study by SuperData game market researcher, cited by the newspaper.

This was more than games such as World of Warcraft ($213 million), StarWars: The Old Republic ($139 million) and Counter Strike Online ($121 million), the report said.

World of Tanks is a free-to-play game that earns revenues through in-game bonuses that players can buy, while World of Warcraft requires a paid subscription to play.

The top slot was occupied by South Korean-made shooter CrossFire – also a free-to-play game – with $957 million.

Real-life strategy League of Legends by California-based Riot Games was runner-up with $624 million.

Wargaming was founded by a group of videogame enthusiasts led by Viktor Kislyi, then an electronics student at Minsk State University.

The company has grown to employ a staff of 2,000 and has offices in 11 countries, including headquarters in Cyprus, mainly on the strength of World of Tanks.

The game, first rolled out in 2010, currently boasts 75 million registered users, according to the developers.