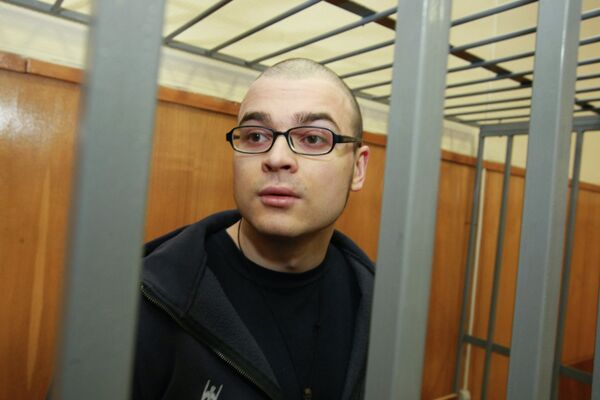 Russia was informed by Cuban police of the arrest of Maxim Martsinkevich through Interpol, the Russian Interior Ministry said in a statement.

More widely known under his nickname of Tesak, or machete, Martsinkevich was arrested in absentia by a Russian court last month on extremism charges.

Martsinkevich said during a January 8 interview that the criminal charges against him were orchestrated by Russia’s “pedo-lobby,” and that he did not intend to return to Russia, according to Russian tabloid Life News that has close links to the security services.

The details of Martsinkevich's extradition were currently being finalized, Russia's Investigative Committee said in a statement Saturday.

In a January 9 post on his website, Martsinkevich wrote that he had flown to Cuba from the Ukrainian capital of Kiev, via the German city of Frankfurt.

In 2011, Martsinkevich founded the Occupy Pedophile vigilante group, which lured men to abusive meetings with false promises of sex with minors. The encounters were recorded and then posted online.

The group was also reported to target gay men, who were subjected to similar abusive treatment.

Martsinkevich has over 130,000 subscribers to his page on Russian social networking site Vkontakte where he posts information about himself and his political beliefs.

The former leader of banned nationalist group Format 18, Martsinkevich was released from prison in 2010 after serving a three and a half year sentence on incitement to hatred charges.

Updated with statement from investigators