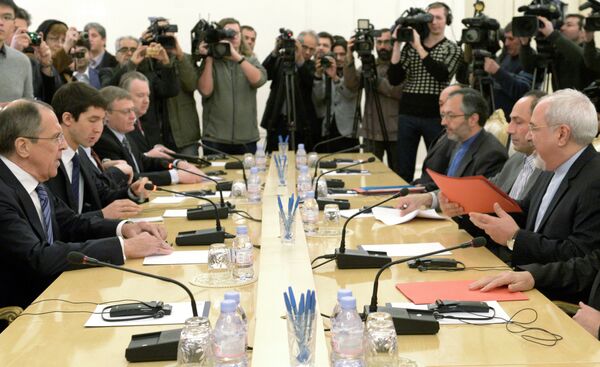 “The foremost goal of the Syrian people is resisting and defeating terrorism. We are ready to work with the other party to achieve this goal,” Walid al-Moallem said after talks in Moscow with Russia’s Foreign Minister Sergei Lavrov.

Radical Islamists and moderates in the Syrian opposition clashed in recent weeks, with hundreds reported killed in the fighting.

Moallem reiterated that Damascus is ready to participate in the Geneva-2 peace conference on Syria, tentatively set to start on January 22 in Montreux, Switzerland.

The goals and possible preconditions of Geneva-2 remain a subject of hot debate. US Secretary of State John Kerry said earlier this week that the conference should lead to the creation of a transitional government for Syria.

Syrian opposition groups remain split over Geneva-2. A number of Islamist groups have refused to attend and are threatening violence against participants, while the prominent Syrian National Coalition has called for the conference to be postponed.

The Syrian opposition delays its decision on participation in Geneva-2 due to “internal squabbles” between various fractions with different foreign backers, Lavrov said.

The US and some Arab countries, particularly Saudi Arabia and Qatar, have been accused of supporting Assad’s enemies since the start of the conflict in 2011.

Russia, meanwhile, has backed Assad, selling him weapons and blocking several UN resolutions on Syria which it regards as biased against the regime in Damascus.