Olympic Volunteers Prepare to Put the Smile into Sochi 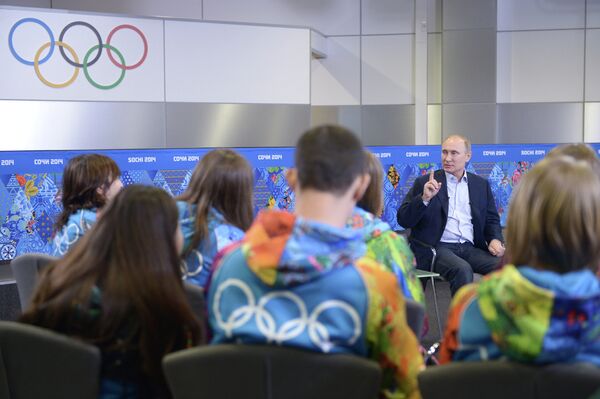 © RIA Novosti . Alexey Nikolsky
/
Go to the photo bank
Subscribe
Some of the most fondly remembered stars at the London 2012 Olympics were the many thousands of volunteers assisting at sports stadiums and venues.

SOCHI, January 17 (Kevin O'Flynn for RIA Novosti) – Some of the most fondly remembered stars at the London 2012 Olympics were the many thousands of volunteers assisting at sports stadiums and venues.

A typical British newspaper headline after the Games read: “Olympic success down to 70,000 volunteers.”

Russia hopes a similar movement will have the same impact on the Winter Olympics in Sochi in February, preparations for which have been plagued by accusations of overspending, threats of boycotts and criticisms of the mass construction in the area.

“The first few days will be tough. We are doing it for the first time, starting from a clean slate. We are learning as we go along,” said Sergei Cheremshanov, the ebullient head of the Sochi Volunteer Center. “Our aim is to stage the best Games. We will do that and the volunteers will help us do that.”

President Vladimir Putin met with volunteers Friday at Krasnaya Polyana, the venue for the mountain events.

“We are very much hoping and relying on you … the volunteers create the atmosphere at the Games,” he said, “It is a very important part of the Games.”

Around 250,000 people applied to become volunteers at the Games in Sochi but only 25,000 made it through a rigorous selection process that involved aptitude tests and a final Skype interview. Twenty-five volunteer centers were set up around the country to organize the huge numbers. 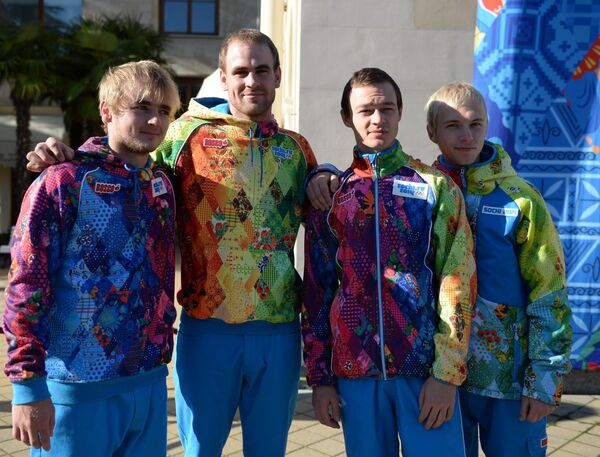 People flocked to become volunteers throughout the rest of the country, Cheremshanov said, attracted by the idea that they could “come to Sochi for free, get accommodation for free”, but local youth had more doubts.

“There were many who didn't believe it would happen, an earthquake or something [would occur],” said Cheremshanov. But the closer the Games got, the more eager people became to take part.

Another likely reason for the lack of enthusiasm was the fact that the city has been half-construction site, half-traffic jam for the last five years.

Cheremshanov said that a change happened last summer when people started to realize the Olympics would take place and began to wonder: “Can I get involved in the event or will I be sitting at home watching on television an event which is taken place 20 minutes from my house?”

One weekday last month, his small office was filled with eager young future Olympic Games volunteers. Nadezhda Ilyina, 23, a university student, will take part in the opening and closing ceremonies at both the Winter Games and the Paralympic Games taking place weeks later.

She will be involved in something to do with the special effects at the ceremonies, but isn’t exactly sure what that will entail because details are being kept secret for now.  She is bubbly and enthusiastic, saying that being a volunteer has helped her to become more communicative, but still acknowledges that Sochi has lived through a lot in the build up to the Games.

“It really is hard to get to work,” she said. But after the Games, “you won't remember what happened those three, four months, oops, years … that is all unimportant compared to the euphoria that you will get, that spark of energy.”

A few hours later, in a car park by the sea in the center of Sochi, a group of youths hanging out and playing music had only negative opinions of the Games and no desire to be volunteers.

“We don't like it,” said Oleg, 23. “There is such a laundering of money. We never sat in such traffic jams in Sochi until the Games.”

The volunteers, as representatives at the Games, have been vetted by the security services and go through three stages of training before the start. A strict codex instructs them on what they can and cannot do. One of the strictest is the no-alcohol rule.

“If someone has a drink outside and turns up, there are two options; either he turns round and goes to a drunk tank, and we know what happens there, or we get witnesses, call the police and he is fined, gives up his accreditation and goes home,” said Cheremshanov.

One of his other tasks will be to ensure that volunteers put on a happy face.  “You journalists accuse us Russians of not smiling,” he said, adding that he would “constantly remind and remind and remind” his volunteers about the need to smile at visitors.

“I will go up to the lads and say ‘smile,’ pat them on the back and say 'you are great, you look great, let's smile and do some work’.”

In the car park by the sea, mention of the Olympics brought no smiles. As music blared from a car, a not entirely sober Oleg stood on a concrete fence as the sea roared in to splash him. 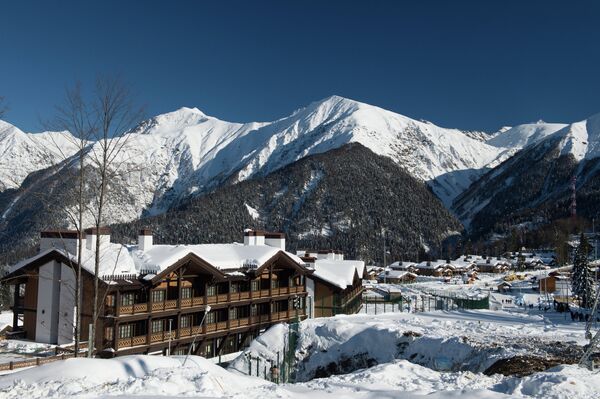 “Krasnaya Polyana used to be heaven,” the group reminisced about the mountain area where the snow events will take place. They said they would never go back after the work done for the Games. They also complained of water shortages and a lack of electricity for months at a time.

The volunteers in London were the big surprise of the 2012 Winter Olympics, which also faced sharp criticism and pessimism before it started.  Sochi organizers need their smiling volunteers to have the same effect next month.