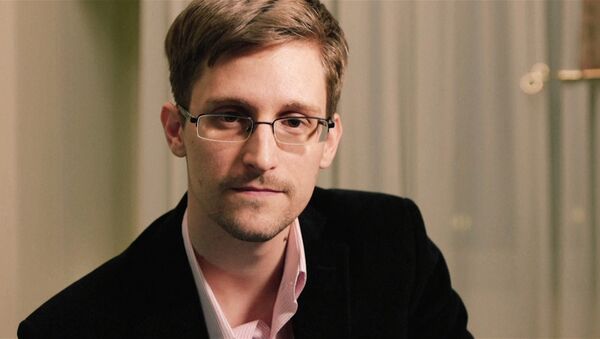 US intelligence leaker Edward Snowden will sit on the board of the Freedom of the Press Foundation, the American NGO said on its website.

MOSCOW, January 15 (RIA Novosti) – US intelligence leaker Edward Snowden will sit on the board of the Freedom of the Press Foundation, the American NGO said on its website.

“He is the quintessential American whistleblower, and a personal hero of mine,” the group’s co-founder Daniel Ellsberg was cited as saying Tuesday.

Snowden, who is currently living in Russia having been granted temporary asylum there, agreed to the proposal and will formally join the board in February, the group said in a statement.

Freedom of the Press Foundation was established in 2012 to promote free speech and support whistleblowing journalism.

In addition to Ellsberg, a former US military analyst known for releasing the so-called Pentagon Papers in 1971 during the Vietnam War, the foundation’s board includes Hollywood actor John Cusack and journalists Glenn Greenwald and Laura Poitras, who have worked with Snowden.

The group has crowdsourced for WikiLeaks and released SecureDrop, an electronic communication tool for potential whistleblowers. It has, however, yet to yield results comparable to Snowden’s high-profile exposé last year of US mass surveillance programs that generated a media storm and prompted him to flee to Russia.