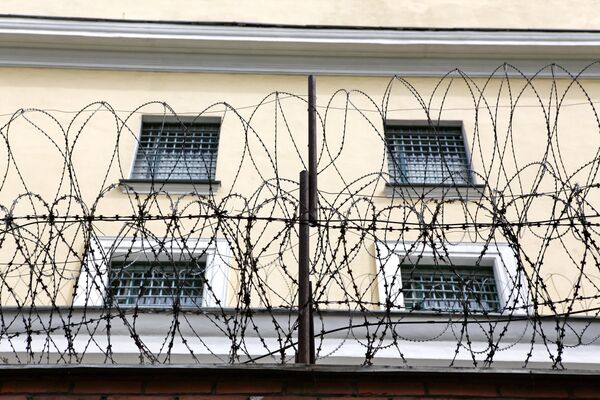 © RIA Novosti . Andrey Stenin
/
Go to the photo bank
Subscribe
A district court in Moscow on Tuesday slapped a paralyzed fraud suspect who can only move one of his limbs with a six-year prison sentence.

MOSCOW, January 14 (RIA Novosti) – A district court in Moscow on Tuesday slapped a paralyzed fraud suspect who can only move one of his limbs with a six-year prison sentence.

The case of Vladimir Topekhin, 31, was fast-tracked within a single day.

The former auditor was found guilty of defrauding out of 10 million rubles ($300,000) a man from another city who had paid him for legal help with opening a forensic investigation center in Moscow.

Topekhin was placed in pretrial detention in November and soon after lost the ability to move his legs and one arm, apparently as a consequence of a car accident he was in shortly before his arrest.

He was denied release from pretrial detention and placed in a regular cell, where other inmates had to feed and wash him, Gazeta.ru news website reported last month, citing rights activists working on the case.

Topekhin’s defense pledged to appeal the verdict. His lawyers had previously submitted a complaint to the European Court of Human Rights.
Russian legislation allows courts to lighten punishments or suspend sentences at the judge’s discretion.

The most high-profile incident was the case of Hermitage Capital lawyer Sergei Magnitsky, who died in 2009 in the same detention facility as Topekhin was held. The lawyer's repeated requests for release on health grounds had been denied.

Magnitsky’s supporters claim he was refused medical help and abused, though no police or court officials were punished over his death.