US Team Looks to Continue Resurgence at Sochi Olympics 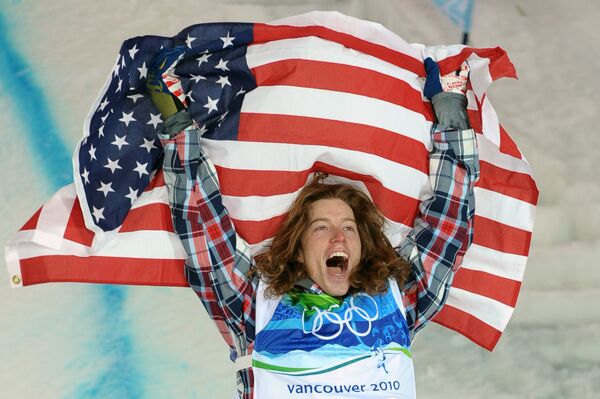 © AFP Vancouver
/
Go to the photo bank
Subscribe
The United States is a serious contender to top the medals table at the Winter Olympics in Sochi next month after a record-setting performance in Vancouver four years ago, but its prospects on Olympic snow and ice weren’t always so promising.

WASHINGTON, January 13 (By Carl Schreck for RIA Novosti) – The United States is a serious contender to top the medals table at the Winter Olympics in Sochi next month after a record-setting performance in Vancouver four years ago, but its prospects on Olympic snow and ice weren’t always so promising.

Following a dismal performance at the 1988 Winter Games in Calgary, Canada, where the US team garnered just six medals, the US Olympic Committee launched an overhaul of its system for financing and training athletes that experts credit with helping vault American athletes to dominance.

The commission, headed by George Steinbrenner, a polarizing professional baseball owner, concluded that “if you want to win medals at the Olympic Games in the winter, you have to devote resource and money,” said Alan Abrahamson, an expert on the Olympic movement who runs the website 3 Wire Sports.

They decided to start putting some money into the winter sports effort,” Abrahamson, who will serve as a columnist for NBC Olympics during the Sochi Games, told RIA Novosti.

The US medal haul proceeded to climb following the Calgary debacle. The American team won 34 medals as a host nation for the Salt Lake City games in 2002, second only to Germany in the total medals count.

After a slight retreat at the 2006 Turin Winter Games, where US athletes earned 25 medals, the US team proceeded to set a Winter Olympic record with 37 medals four years later in Vancouver, including nine gold medals.

The US team is predicted to finish fourth in the medals table with 30 medals at the Sochi Games, which are set to run from February 7 to February 23, and tie with Norway for the most gold medals at 14, according to the latest projections by the Dutch sports media company Infostrada Sports.

The rise of US Winter Olympians since Calgary is evident not only in their medal haul but also in the percentage of US entries that result in medals, said Simon Gleave, head of analysis at Infostrada, which crunches Olympic, world championship and World Cup results in formulating its projections.

In 2002, 15 per cent of US entries won medals, while 16 per cent captured them in 2010, said Gleave, adding that both results were more than double the percentage of entries that medaled in the 1990s.

If that rate holds in Sochi, the United States “can expect somewhere around 35 to 40 medals, which is pretty impressive stuff,” Gleave said.

The US team lost one of its biggest stars and medal hopes for Sochi last week when Lindsey Vonn, the most dominant US women’s alpine skier in history and a gold medalist in downhill in Vancouver, announced that a knee injury would prevent her from competing in the Games.

Infostrada had predicted Vonn to win gold in the women’s downhill and silver in the women’s super-G. While her exit knocked the US team’s projected gold haul down one medal, its total projected medal count remained steady based on recent performances by other US athletes, Gleave said.

Both Gleave and Abrahamson said that if they had to place a bet on the US competitor most likely to win a gold medal, they would go with women’s moguls skier Hannah Kearney, a gold medalist in Vancouver who took World Cup victories in Park City, Utah, last week.

“She looks like she’s far further ahead of her competitors than anyone else in the United States’ team,” Gleave said. “ … She wins almost every time she takes part.”

In addition to the funding and training revamp since the Calgary Games in 1988, the site of Kearney’s triumphs last week has played a crucial role in the resurgence of US Winter Olympians, said Abrahamson.

After Salt Lake City was awarded the Winter Olympics in 1995, the focus of the US winter sports effort shifted to the mountains of Utah from Lake Placid, New York – the site of the 1980 Winter Olympics that saw the US men’s ice hockey team upset the vaunted Soviet squad in the so-called “Miracle on Ice.”

The abundance of university sporting facilities, the development of world-class ski facilities in the Wasatch Mountains and an international airport made Utah an ideal hub for training elite winter athletes.

The Salt Lake City games also gave US sports fans a firsthand taste for success at the Winter Olympics thanks to athletes like speed skater Apolo Ohno and alpine men’s skier Bode Miller, which helped attract sponsorship for US winter athletes, Abrahamson said.

All of a sudden you had all of these factors come along, and you had an American team that showed Americans what it was like to win in these sports, and you had an infusion of cash and resource,” he told RIA Novosti.

By the closing ceremony at the Vancouver games in 2010, the US skiers and snowboarders had won 21 of the 37 medals that the United States brought home.

Despite strong performances on the slopes, medals have remained elusive for US athletes in two skiing events: cross-country skiing and biathlon.

The only US cross-country skier ever to medal at the Winter Olympics was Bill Koch, who captured bronze in the 30-kilometre race in the 1976 Games in Innsbruck, Austria. That drought could come to an end in Sochi, where Infostrada has projected Kikkan Randall, 31, to come home with a gold for the US in the women’s sprint freestyle.

The United States has never won an Olympic medal in biathlon. Tim Burke is widely seen as the US team’s best hope to make the podium in the sport that combines cross-country skiing and shooting.

Abrahamson said the US struggles in Olympic biathlon remain “an enduring mystery” to him given how deeply entrenched firearms are in American history and culture.

“You would think that a country that gave the world Dirty Harry and Rambo would be very, very good at biathlon,” he said. “But so far, no.”