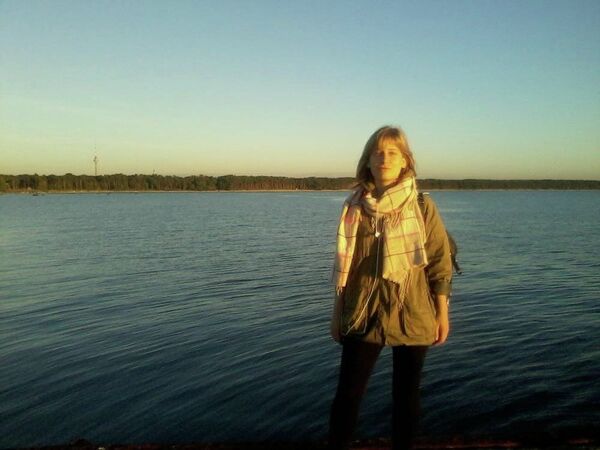 © Photo : Anastasia Rybachenko's Facebook page
Subscribe
A leftist activist who fled Russia after facing prosecution over clashes between opposition supporters and police said Friday that the charges against her have been dropped.

MOSCOW, January 10 (RIA Novosti) – A leftist activist who fled Russia after facing prosecution over clashes between opposition supporters and police said Friday that the charges against her have been dropped.

Anastasia Rybachenko, 22, said she was included in the amnesty for suspects and convicts in non-violent crimes approved by parliament last month.

But she is unlikely to return to Russia before mid-March due to legal formalities, she told RIA Novosti by telephone from Germany.

Rybachenko was accused of participating in mass riots at an opposition rally on Moscow’s Bolotnaya Square in May 2012.

About 650 people were briefly detained during the clashes, which police said were instigated by leftist rally organizers. The opposition has blamed police for provoking the violence.

Rybachenko, who claimed the case was politically motivated, moved to Estonia in summer 2012 and enrolled in a local college.

Russia sought to have her extradited and tried to place her on Interpol’s wanted list, but neither move yielded any results.

Rybachenko said she has no definite plans for her return other than seeing her father and her mother, who became an ardent opposition supporter over the case against her daughter.

Four have already been amnestied, but two others were formally denied amnesty on Thursday. Most suspects are ineligible for amnesty because they are accused of using violence against police.