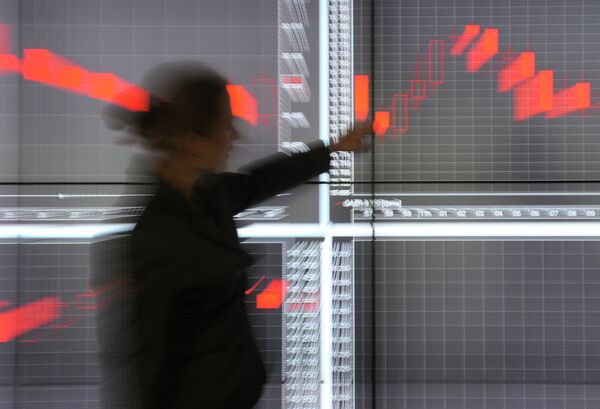 Russian stock markets fell sharply Monday during the first day of trading in 2014, with one benchmark index shedding almost 4 percent.

The dollar-denominated RTS Index fell 3.77 percent to 1388.28 and the Micex Index declined 2.52 percent to 1466.15 at the close of Monday trading, according to data from the Moscow Exchange.

The falls come after Russian equities were buoyed in the last weeks of 2013 on the back of a US announcement of plans to cut back a massive bond-buying program, and by former oil tycoon Mikhail Khodorkovsky's release from prison.

Moscow’s bourse shut for four days on December 31 to mark the New Year holidays. It will also be closed on January 7, a national holiday in Russia marking Orthodox Christmas.