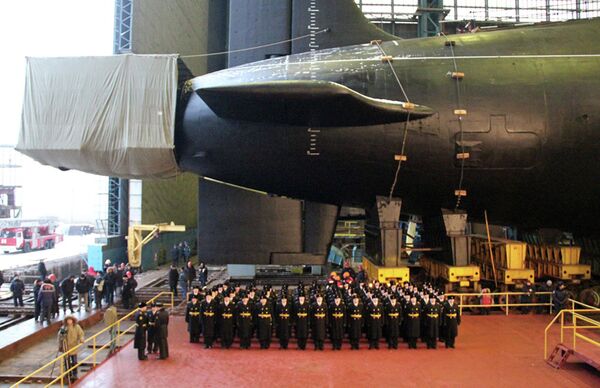 Bursuk, who oversees weapons procurement for the navy, said that Russia will continue the repair and overhaul of the Admiral Nakhimov nuclear-powered missile cruiser and three nuclear-powered attack submarines this year.

The Kirov-class cruiser, known as the Kalinin until 1992, was commissioned in 1989 and mothballed in 1999. It has since been docked for upgrades at the Sevmash shipyard in the northern Russian city of Severodvinsk, on the White Sea.

The Admiral Nakhimov is expected to rejoin the Russian navy in 2018 with the most advanced weapons systems for its vessel type, the Sevmash shipyard said in June last year.

Auxiliary ships to be commissioned by the end of 2014 include the Igor Belousov, an advanced search-and-rescue ship designed to boost the navy’s ability to rescue submarines and ships in distress, Bursuk said.