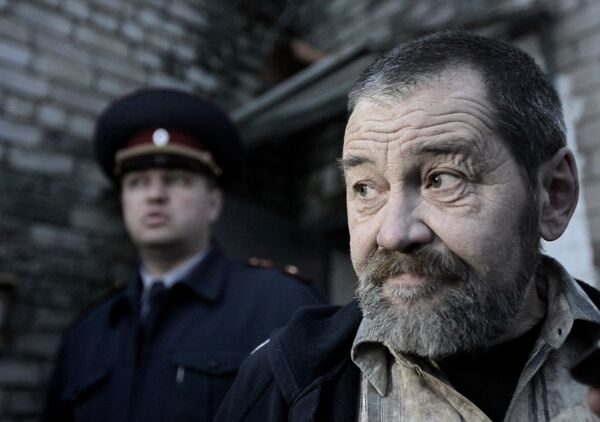 Investigators in Russia said Thursday that they will press charges against an opposition activist over claims he struck police officers during an anti-government rally in Moscow earlier this week.

Moscow, January 2 (RIA Novosti) – Investigators in Russia said Thursday that they will press charges against an opposition activist over claims he struck police officers during an anti-government rally in Moscow earlier this week.

An Investigative Committee spokeswoman said Sergei Mokhnatkin, 59, faces charges of using violence against a state representative, an offense punishable by up to five years in jail.

The alleged attack is said to have taken place during an unsanctioned rally on New Year's Eve, while Mokhnatkin was being detained by the police.

Tverskoi Court in Moscow on Thursday ruled that Mokhnatkin should remain in custody until March 1.

Mokhnatkin’s lawyer, Vyacheslav Makarov, told Moscow-based Dozhd television that he personally saw one of the police officers allegedly struck in the face by his client and that he appeared to have no signs of injury.

Makarov claimed it was Mokhnatkin that had been beaten while he was detained in the police van and that he may have sustained a broken nose.

Dozhd showed pictures appearing to show police officers striking Mokhnatkin in the face as he was being bustled toward the van.

Several others, including opposition activist Eduard Limonov, were also detained during Tuesday’s rally, but were later released.

Mokhnatkin has previously served time in prison, for attacking a police officer during a rally in December 2009. He was sentenced to 30 months in a labor camp but was released two years into his term after receiving a pardon from then-outgoing President Dmitry Medvedev in April 2012.

Mokhnatkin claimed at the time of that arrest that he was intervening to protect an elderly female protester under attack from a policeman.