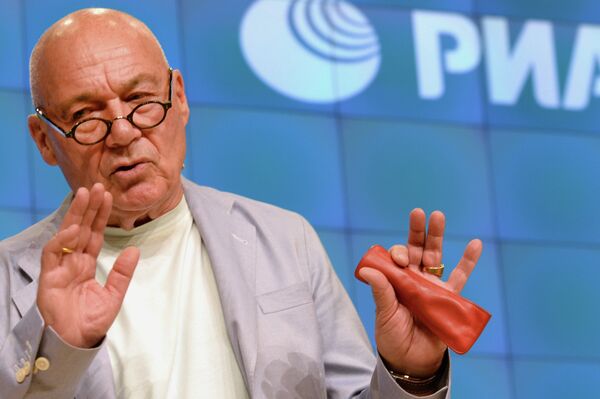 Veteran Russian reporter and television host Vladimir Pozner has been awarded France’s highest honor in recognition for a career covering political affairs in Russia and the United States.

The other 657 people included in the Legion d’honneur list unveiled in a government gazette Wednesday include historian Alain Decaux, actress Michele Morgan, who are both French, and US author Danielle Steel, media has reported.

Pozner has been awarded the highest rank of the Legion d’honneur, a decoration created by Napoleon Bonaparte in 1802 to recognize achievements in military and civil service.

Pozner was born in Paris in 1934 to a French mother and Russian-Jewish emigre father. His family moved to the Soviet Union in the early 1950s after spells living in the United States, France and Germany. He holds French, Russian and US citizenship.

After starting his journalistic career as a senior editor of the English language Soviet Life magazine, Pozner crossed over to working in US television in the 1980s, as co-host of a trans-continental series known as the US-Soviet Space Bridge, in which US and Soviet citizens discussed different topics.

In the early to mid-1990s, he worked in the United States, co-hosting the weekly Pozner/Donahue political discussion show.