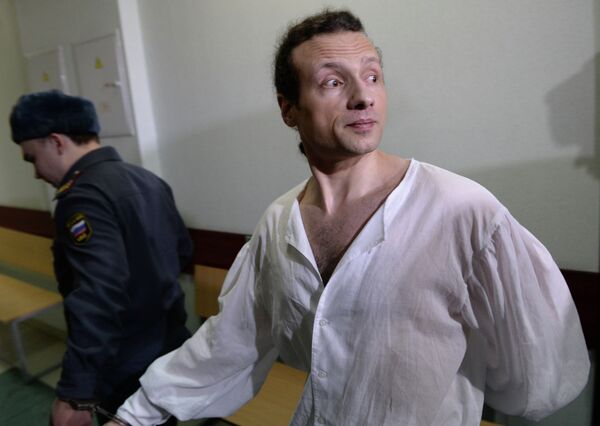 © RIA Novosti . Maxim Blinov
/
Go to the mediabank
Subscribe
International
India
Africa
A former painter from Moscow, whose quest to bring culture to provincial villagers resulted in a jail term for bribery, was granted parole on Tuesday.

MOSCOW, December 31 (RIA Novosti) – A former painter from Moscow, whose quest to bring culture to provincial villagers resulted in a jail term for bribery, was granted parole on Tuesday.

His actions were compared by the media to those of the “narodniki” – activists of the intelligentsia who resettled in Russian villages in the late 19th century to educate the peasants, in a bid to bridge the gap between urban Russians and the rural poor.

Farber was accused of taking a bribe in 2011 from a company that he had contracted to renovate the village’s town hall, but did not do a proper job. That cost the village budget 940,000 rubles ($28,500), the court said in its verdict.

He was sentenced to eight years in a maximum security prison in August 2012, but the sentence was reduced to seven years and one month upon retrial four months later. Both verdicts have been criticized by the media as unexpectedly harsh.

Earlier this month, the same court canceled his seven-year maximum security jail sentence and ruled that he should instead serve three years in prison and pay a fine of 3 million rubles ($90,000).