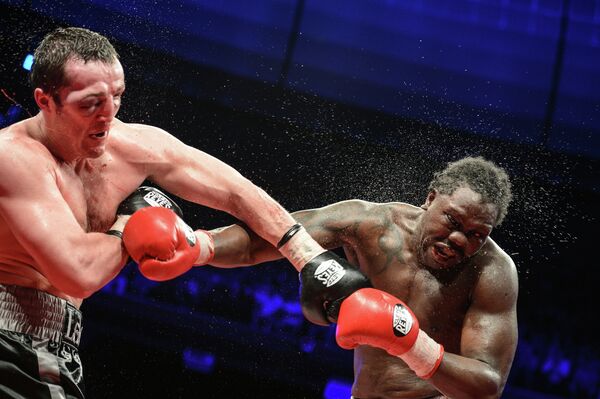 Zimin, who trained Lebedev for his first bout against the Panamanian in May, said that the 34-year-old will go to Los Angeles in January for a two-month training camp.

“I won’t go to Los Angeles, as Denis received a personal invitation from American specialists,” Zimin said. But he added: “If he has desire to work with me further, I won’t have any doubts about it.”

McKinley was Tyson’s gym trainer for 10 years and coached Alexander Povetkin for his failed shot at Wladimir Klitschko's titles in October.

Jones stopped Lebedev on a technical knockout in Moscow in May to claim the Russian’s title, but the WBA handed the belt back to Lebedev when Jones failed a drug test.

Jones was made WBA champion in recess on the condition that he must fight Lebedev again.

No date for the rematch has been set yet, as the boxers’ promoters have failed to agree on a contract. The WBA scheduled purse bids for January 26.

Lebedev has 25 wins and two defeats from 27 fights, including the loss to Jones, while Jones is 39-3 with two draws.