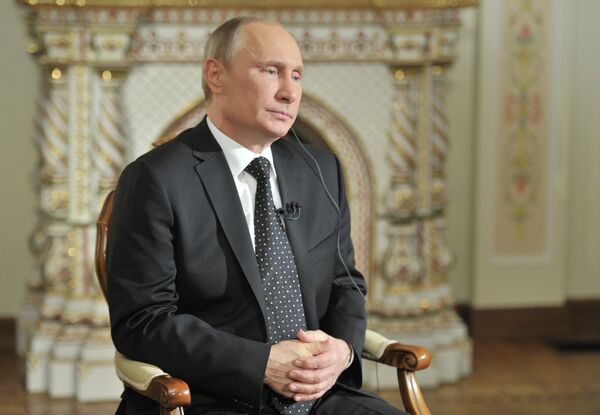 Russian leader Vladimir Putin has been named International Person of the Year by Britain's The Times newspaper for succeeding in his ambition of bringing Moscow back to the international top table.

MOSCOW, December 30 (RIA Novosti) – Russian leader Vladimir Putin has been named International Person of the Year by Britain's The Times newspaper for succeeding in his ambition of bringing Moscow back to the international top table.

The paper said Putin, 61, a judo black belt, has hip-flipped US President Barack Obama on the Syrian crisis, wrestled the EU to the ground on Ukraine, tripped up the opposition at home and rescued weaker team players such as President Assad of Syria and Edward Snowden, the NSA whistleblower, who was given asylum in Russia.

Also this year, Putin, who served two four-year presidential terms and could run for president again in 2018 when his third term ends, became the world's most eligible bachelor, having divorced his wife Lyudmila after 30 years of marriage.

Even a string of successive terror attacks in southern Russia in the last three days, just weeks before Russia is due to host the 2014 Winter Olympic Games in February in Sochi, are unlikely to blight Putin’s reputation, The Times says.

“The President is expected to use the bombing to rally Russian and international support around a pre-Sochi Winter Olympics crackdown on Islamic radicals in the region, especially in Dagestan,” the paper said. 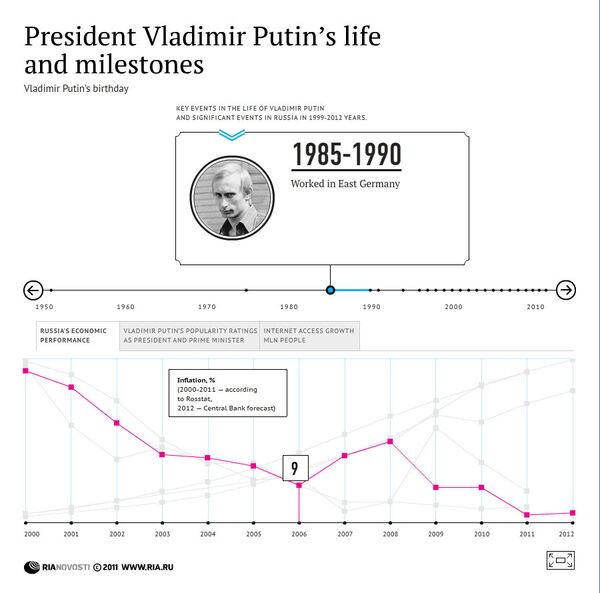 In October, Putin was named the Most Powerful Person on the Planet by Forbes magazine, knocking US President Obama off the number one spot. Forbes said Putin showed his dominance in diplomatic maneuvering during the international crisis over Syria.

In 2007, Putin was named Person of the Year by the US Time magazine.