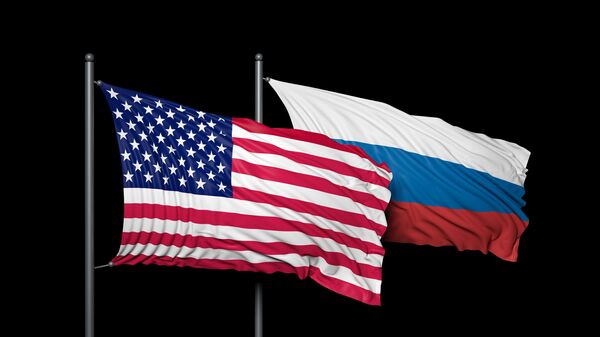 © Fotolia / viperagp
Subscribe
The White House on Friday called for closer cooperation with Russia on issues such as arms control, counterterrorism and trade under the auspices of a bilateral presidential commission launched four years ago.

WASHINGTON, December 27 (RIA Novosti) – The White House on Friday called for closer cooperation with Russia on issues such as arms control, counterterrorism and trade under the auspices of a bilateral presidential commission launched four years ago.

US President Barack Obama “encourages the commission’s working groups to deepen and expand their engagement with Russia in order to remove barriers to trade and investment, increase security, and ensure that advances in science and innovation continue,” White House spokeswoman Caitlin Hayden said in a statement.

The statement came as Washington and Moscow issued a joint report Friday on the US-Russia Bilateral Presidential Commission, an initiative created in 2009 by Obama and then Russian President Dmitry Medvedev to facilitate high-level talks on a broad range of issues.

The report, which praised the efforts of the two countries to “strengthen and expand cooperation,” covers the period from May 2012 to December 2013 that has seen a deterioration in US-Russian ties, primarily over human rights issues.

In the report, however, officials focused on areas they described as fertile for collaboration, including military-technical cooperation and counterterrorism in the wake of the Boston Marathon bombing in April, which US authorities say was carried out by two brothers with ties to Russia’s mainly Muslim North Caucasus region.

“In the wake of the Boston Marathon bombing, our nations have redoubled our counterterrorism and law enforcement efforts,” the report states.

The two countries said the commission’s 21 working groups in the coming year plan to “intensify creative efforts and develop projects to further expand the benefits of cooperation in the US-Russia relationship.”

Moscow and Washington have butted heads over Russia’s human rights records and what the Kremlin sees as US interference in its internal affairs over the past 18 months.

Last year the Kremlin halted the Russia-based operations of the United States Agency for International Development (USAID), which has funded Russian non-governmental organizations and which Russian President Vladimir Putin has accused of meddling in the country’s politics.

The United States last December enacted the Magnitsky Act, a law introducing visa and travel sanctions on Russian citizens deemed by Washington to be complicit in human rights abuses. The law infuriated Moscow, which responded in part by banning Americans from adopting Russian children.

The photograph appears to be illustrative of US-Russian cooperation on defense and security issues, as the Pentagon has bought dozens of these aircraft from Russia for use by Afghan national forces in deals worth hundreds of millions of dollars.

Several US lawmakers say that by purchasing Russian military hardware, the Pentagon is effectively subsidizing Syrian President Bashar Assad, an ally of Moscow, in his war against armed rebel groups backed by Washington.

Russia has insisted that it is fulfilling existing contracts by providing arms to Assad’s forces, and that the deliveries are legal under international law.