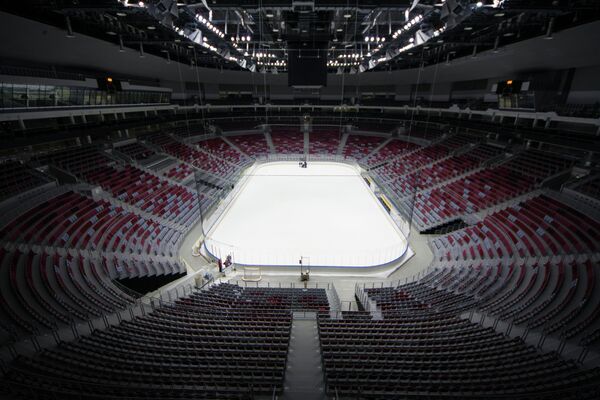 Delfin Sochi will occupy the Bolshoy Ice Dome, the host arena for hockey at the February 7-23 Winter Olympics, and is likely to start play next season. As the only permanent sports team tenant of a Sochi Olympic facility, it is a key part of the Games’ legacy.

“It will be called Delfin and it will play at this arena,” Mutko told the Ekho Moskvy radio station from the 12,000-seat Bolshoy Ice Dome. The name reflects Sochi's location on the shore of the Black Sea, a habitat for bottlenose dolphins.

Hockey, while popular in central and eastern Russia, is a marginal sport in areas like Sochi in the south of the country, where football tends to be much more popular. The nearest KHL team to Sochi is located 500 kilometers (300 miles) away in Ukraine.

Bure has previously said he plans to model the Sochi team on the Los Angeles Kings, citing that organization’s success in building a loyal following despite the presence of established local teams in other sports.

Sochi’s home Krasnodar Region had never hosted a professional hockey team until last year, when Kuban Krasnodar was founded to compete in the minor-league VHL.