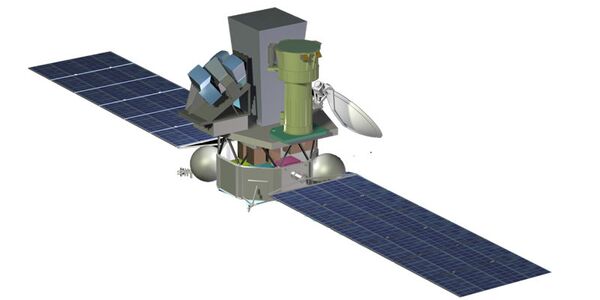 © Lavochkin Scientific and Production Association
Subscribe
A Russian satellite to study anti-gravity forces by observing clusters of galaxies has been delayed until 2015 due to problems with a German-built telescope, a science official said Thursday.

MOSCOW, December 26 (RIA Novosti) – A Russian satellite to study anti-gravity forces by observing clusters of galaxies has been delayed until 2015 due to problems with a German-built telescope, a science official said Thursday.

The satellite, to view galaxy-emitted X-rays in an attempt to unlock the secrets of so-called dark energy, a force believed to propel objects away from one another, had been previously expected to be launched next year.

However, an electrical system on one of the craft’s two telescopes was experiencing problems, and immediate attempts to fix it revealed that its circuitry must be completely redesigned, Mikhail Pavlinsky, head of high-energy astrophysics at the Russian Academy of Sciences, told a press conference.

The Spektr-RG satellite, named after the Roentgen (X-ray) and Gamma radiation it will observe, should become operational in another year and a half upon completion of the sensor, Pavlinsky said.

The craft’s other main telescope, built in the Russian city of Sarov, has not reportedly experienced significant problems. 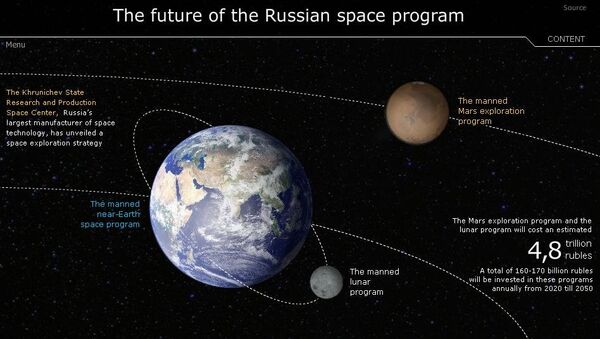 The future of the Russian space program
© Sputnik

The Spektr-RG, to be positioned just outside the earth’s orbit at a location known as the L2 Lagrangian point, will travel along with the earth around the sun once per year. Its mission is expected to last eight years.

The malfunctioning telescope, known as the eRosita, is being reconstructed by its manufacturer, the Max Planck Institute for Extraterrestrial Physics near Munich.

Russia launched a similar radio-observation telescope, the Spektr-R, in 2011. The craft remains the largest space telescope in operation.