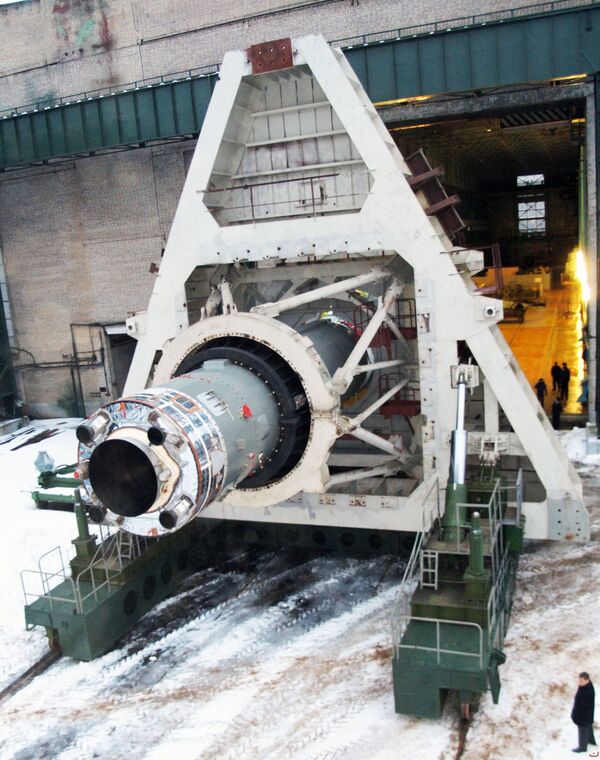 “The launch has been postponed until next year,” Colonel Dmitry Zenin said, without specifying a date.

The launch was originally scheduled for Monday and was delayed twice – first until Tuesday and then until Wednesday – due to concern over a possible malfunction of one of the rocket’s engines, a source in the space industry told RIA Novosti. A government commission reviewed the rocket’s status and gave the go-ahead for the launch earlier on Wednesday.

The Soyuz is one of only two rockets worldwide that are capable of sending astronauts into orbit, the other being the Chinese Long March 2F. All astronauts on the International Space Station arrived aboard Soyuz spacecraft.

The Soyuz, the most frequently launched rocket in the world, has undergone more than 1,700 launches since its debut in 1966. It is currently launched from three space centers: Baikonur in Kazakhstan, Plesetsk in northwest Russia, and the European Kourou center in French Guiana.