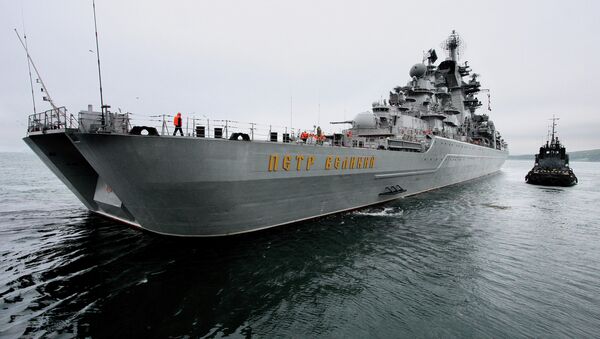 “A decision to deploy the ships for each specific task will be taken later by Russia’s chief of the general staff, depending on the operational situation in the Mediterranean and following a report by the commander of the Russian navy,” the source said.

A Baltic Fleet spokesman said Tuesday that the Kaliningrad, a Ropucha I-class large amphibious landing ship, is currently heading for Mediterranean to replace the Alexander Shabalin, a ship of the same class, as part of the planned rotation.

Russia is among several nations assisting the chemical disarmament effort in Syria.

The operation to destroy Syria’s arsenal of more than 1,000 metric tons of weapons-grade chemicals is due to take place in two stages. The most dangerous weapons have to be removed from Syria by the end of December and destroyed at sea by April, the rest is slated for destruction by mid-2014.

According to a plan outlined by the Organization for the Prohibition of Chemical Weapons, Danish and Norwegian vessels will take the chemicals from the Syrian port of Latakia to a port in Italy.

They will then be loaded on to a US Navy ship and transported into international waters before being destroyed through hydrolysis in a specially built titanium tank on board.