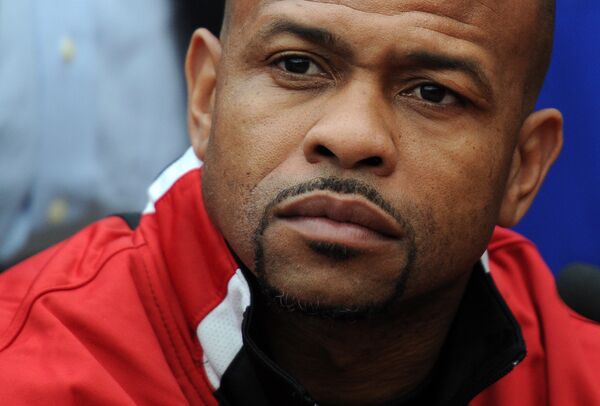 Jones declared that he would love to have a Russian passport in the run-up to his points victory over Zine Eddine Benmakhlouf in Moscow on Saturday. It was unclear at that time whether the 44-year-old was serious in his remarks.

Hrunov confirmed the boxer’s wish, however, and said that he was trying to set up a bout in Russia between Jones and mixed martial arts legend Anderson Silva.

“I’m dealing with the citizenship issue for Roy Jones,” Hrunov said. “We’ve decided to buy real estate in a town where my parents live, in the Krasnodar region. I think a very famous resident will appear in Beloretchensk in the very near future.”

Five years of residency are usually required to qualify for a Russian passport, but exceptions have been made in the past, most notably for French actor Gerard Depardieu, who was granted citizenship by President Vladimir Putin in January.

Hrunov said that he would meet Ultimate Fighting Championship (UFC) head Dana White within the next two weeks to discuss the planned Jones-Silva fight. He had earlier said he was to fly to meet White on Monday, and gave no reason for the change.

Silva is challenging Chris Weidman for the UFC middleweight title on Saturday and Hrunov suggested that a Jones fight would only be realistic if Silva wins.

“My trip may be moved because there is the opinion that Silva doesn’t have a good chance in this fight,” said Hrunov. “If he wins, then we’ll discuss the organization of his fight against Roy Jones in Russia, or in Kazakhstan where we also have a sweet offer.”

Hrunov also aims to bring a full-scale UFC event to Russia for the first time in history.

The UFC plans a European tour next year, with events in Britain, Poland, Sweden, Germany, Ireland and Turkey all reportedly being considered. The UFC has held events in Britain, Sweden and Germany before, but a move into Russia would bring it onto the territory of numerous local promotions.