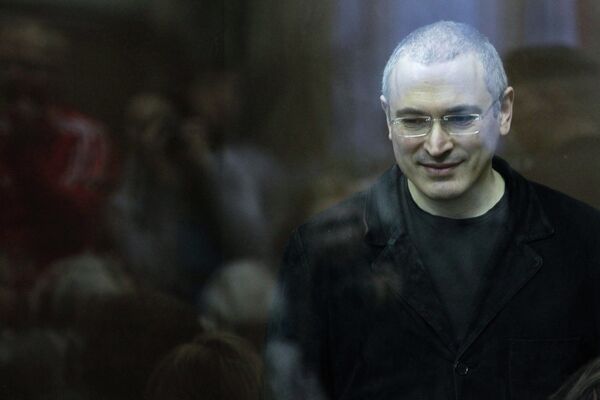 A lawyer for jailed oil tycoon Mikhail Khodorkovsky said Friday that his client had been released after President Vladimir Putin signed a decree pardoning Russia’s most famous prisoner.

“We have just received official confirmation from the administration of the penal colony that Mikhail Borisovich [Khodorkovsky] has been released,” said lawyer Vadim Klyuvgant.

The Kremlin said earlier on Friday that a pardon for Khodorkovsky granted on humanitarian grounds had been signed by Putin and would come into force straightaway.

Russian prison authorities said in a statement that the decree meant Khodorkovsky had been freed from further prison punishment, and was likely to be released immediately.

Khodorkovsky has been serving out his jail term, which was due to end in August 2014, in a penal colony by the town of Segezha in the northern region of Karelia, near Russia's border with Finland.

Klyuvgant said that he did not have any details of how Khodorkovsky had been freed, and nor did he know where his client was at the present moment.

The former tycoon’s mother said Friday she was unable to take in the news.

“I have not yet really processed it fully,” Marina Khodorkovskaya told Russian television channel Rossiya 24. “I didn’t expect it, yesterday was just a day of shock.”

Putin announced the decision to release Khodorkovsky while speaking with journalists after finishing a marathon press conference, despite having answered another question directly related to the case during the four-hour Q&A.

“[Khodorkovsky] cites humanitarian reasons,” Putin told reporters. “In line with the law, Mikhail Borisovich [Khodorkovsky] should have signed the necessary document [requesting a pardon], which he didn’t do. But recently he signed this document, and it was addressed to me with an appeal for clemency,” he said.

Putin said Khodorkovsky had already served a long sentence for a serious crime and that, considering Khodorkovsky’s mother’s illness, he would sign off on the pardon.

“The order for the pardon will be issued and the person will be freed,” Putin said Thursday.

The news came as a surprise for many of Khodorkovsky supporters, including Khodorkovsky's lawyers, who appeared to be stunned Putin’s decision.

Khodorkovsky, 50, has spent more than a decade in jail following his arrest on a Siberian runway in 2003 and two subsequent convictions for fraud, tax evasion and embezzlement.

The jailed tycoon has always maintained his innocence, claiming that the cases against him were Kremlin retribution for political and business ambitions. The government has maintained that the matter was purely criminal.

Khodorkovsky's former business partner Platon Lebedev, who was convicted alongside him, remains in prison and is due to be released next year.

While his defense team had said that Lebedev had no plans to make a similar request for clemency, his lawyer Genry Reznik told Kommersant FM radio Friday that he could also be freed in the near future.

Updated with confirmation of release from lawyer and new details