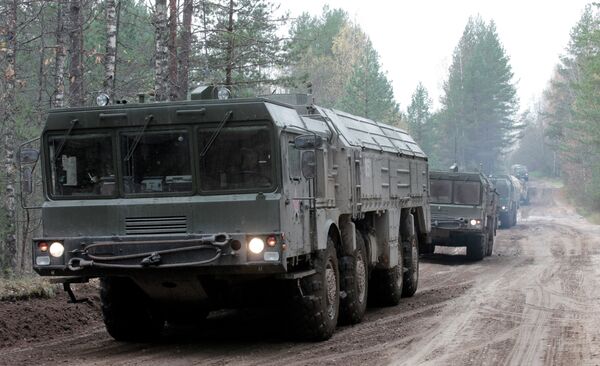 President Vladimir Putin said on Thursday that Russia has not deployed Iskander tactical nuclear missiles in Kaliningrad, an exclave wedged between NATO members Lithuania and Poland.

“We have made no such decision,” Putin said at a marathon annual press conference.

It was claimed in media reports over the weekend that Iskander nuclear-capable missiles had been identified by satellite photos in Kaliningrad.

“We have said many times that the missile shield threatens our nuclear potential, and so we must respond. One possible response would be to station Iskanders in Kaliningrad,” Putin said.

On Monday, the Russian Defense Ministry said in an ambiguously worded statement that Iskander missiles had been stationed in Russia’s Western Military District, which includes Kaliningrad as well as much of the European part of Russia.

Following the statement, representatives of a number of NATO nations expressed concern that if true, the move would represent a deepening of tensions with Russia that could demand a NATO response. The United States said the move would be destabilizing to the region.

In responding to a question from a journalist from state-run Chanel One, who remarked that there had been “hysterical” reactions and that the situation resembled a “farce,” Putin said he had nothing to add. 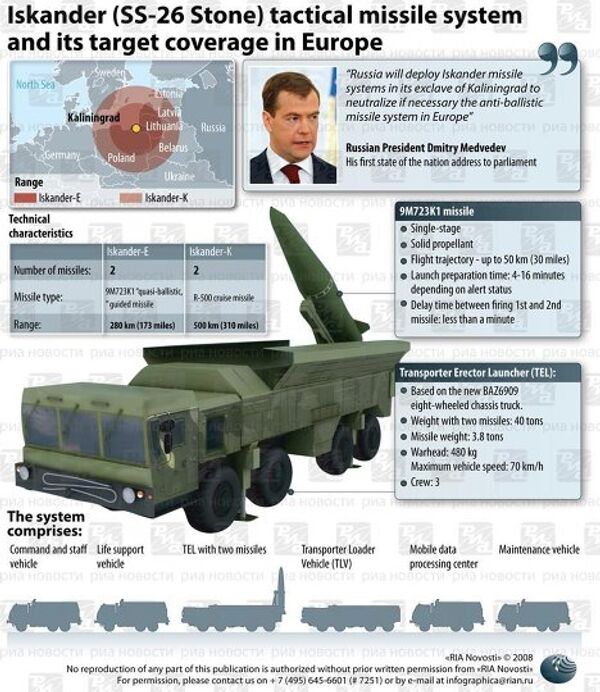