Putin Envies Obama's Ability to Spy on the World 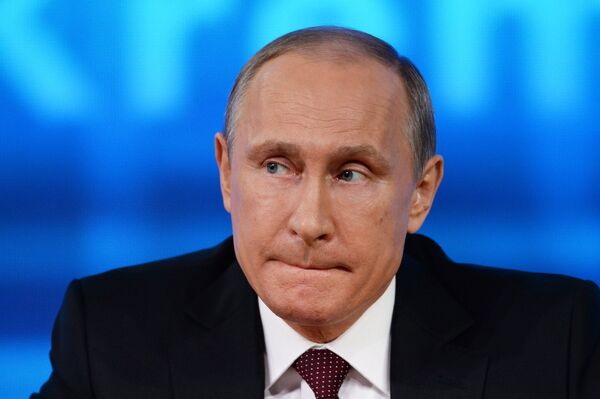 President Vladimir Putin said Thursday that he envied US President Barack Obama’s ability to spy on the rest of the world.

MOSCOW, December 19 (RIA Novosti) – President Vladimir Putin said Thursday that he envied US President Barack Obama’s ability to spy on the rest of the world.

Putin, a former KGB agent, noted an absence of consequences for the US leader following the exposure of massive electronic spying programs conducted by the National Security Agency.

“I envy [Obama]. Because he can do this, and nothing will happen to him because of it,” Putin said.

Former NSA contractor Edward Snowden, who has received temporary asylum in Russia after fleeing the US, revealed the scale of US spying capabilities in a series of documents leaked to the media earlier this year.

They showed that the NSA is collecting nearly 5 billion records per day on the location of mobile phones around the world.  It was also revealed that German that the US had been spying on German Chancellor Angela Merkel’s mobile phone since 2002.

Putin appeared to express some sympathy for the US surveillance operations, saying that spying was an important weapon in the fight against terrorism. But he said that it should be conducted through “more-or-less understood rules and definite agreements, including [those] of a moral character.”

“I’m not going to justify anyone,” he said. “But on the whole, it [espionage] is a necessity.”

Putin joined the KGB in 1975 after graduating from law school in St. Petersburg, which was then called Leningrad. He worked first in the Soviet Union and then in East Germany before entering politics in the early 1990s.