Russia Condemns Pressure on Ukraine to Turn Towards Europe 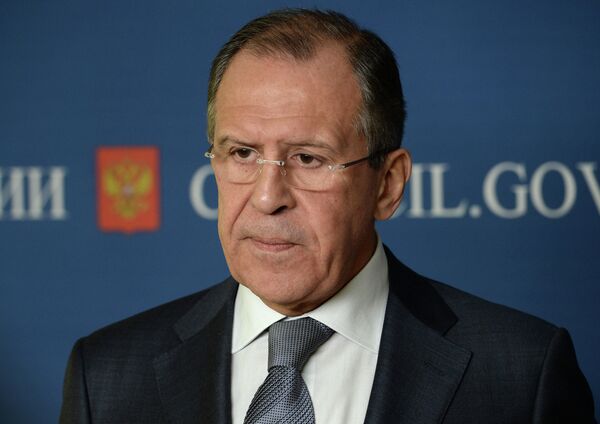 Sergei Lavrov said that pressure was continuing despite Kiev’s clear choice to develop closer ties with Moscow. He spoke a day after President Vladimir Putin agreed to cut the price of Russian gas exported to Ukraine by a third from $400 per 1,000 cubic meters to $268.5.

Russia will also buy $15 billion of Ukraine’s debt in Eurobonds in a deal struck in Moscow with Ukraine’s President Viktor Yanukovych.

“We are surprised by the attempts to put blatant pressure on the Ukrainian government, which continue despite the decisions taken in Moscow," Lavrov told Russian lawmakers.

Ukrainian opposition leaders and EU official have criticized the deal as a half-measure that failed to address the urgent need for economic reforms in the country, which they argue can be achieved only by integration with Europe.

“Kiev is demanded to make its ‘free’ choice in favor of Europe,” Lavrov said.

But these demands clearly contradicted the right of a sovereign state to resolve the situation by itself and to act in accordance with its national laws and interests, the minister added.

“Our position is based on respect for the sovereign choice made by the Ukrainian people,” he said.

Ukraine has become the focus of a diplomatic tug-of-war between Russia and the EU. The former Soviet republic stunned European leaders last month by announcing that it was giving up pursuit of an association agreement that would strengthen trade and political links with the EU, and would instead seek closer ties with the Moscow-led Customs Union.

Lavrov said after a meeting with his EU counterparts on Monday that the sides had agreed that Ukraine’s sovereignty should be respected, and that people should have a free choice over the future development of their country.