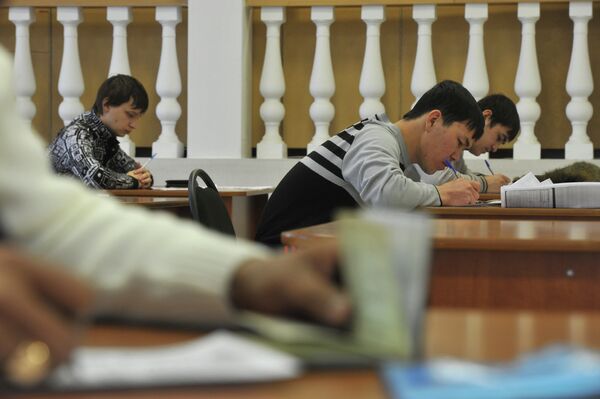 Dmitry Livanov, Russia’s education minister, said the country is in ninth place globally in terms of the number of its own students studying abroad. He said about 100,000 foreign students are currently studying in Russia.

“We set before our leading universities the task of substantially increasing [their] attractiveness to students from other countries,” Livanov said at a press conference.

This year was the first time that the annual QS World University Rankings, one of the most widely observed international higher-education ratings, included a separate ranking for the BRICS countries.

China, already a well established education powerhouse, whipped every other country in the BRICS category, with its universities occupying seven of the top 10 slots and 40 of the top 100.

Nineteen Russian universities made the BRICS ranking’s top 100 list, though Moscow State University was the only one to finish in the top ten.