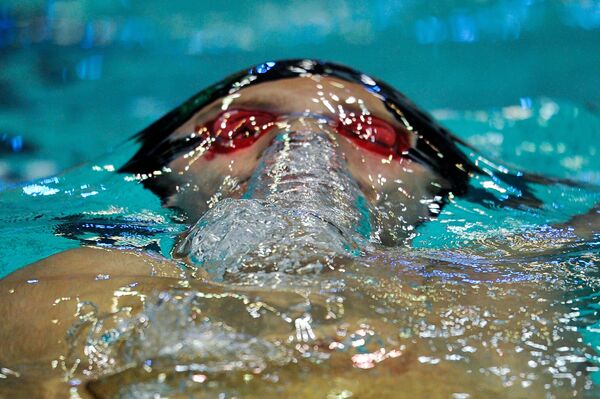 The quartet of Sergei Fesikov, Vladimir Morozov, Rozaliya Nasretdinova and Veronika Popova clocked 1:29.53 minutes late Saturday, an improvement of 0.08 seconds on the previous best set by the Australians last month.

Italy claimed silver, 0.73 seconds down on Russia, while the Netherlands was third.

This was the fourth world record of the meet, which finishes Sunday, with three of them bagged by the Russians. Yulia Efimova first toppled the 200m breaststroke mark on Friday and later that day helped Russian mixed medley team in their record-breaking 4x50m relay.

For Morozov, 21, this was his fifth victory in Denmark, as he also triumphed at 50m and 100m freestyle plus two other relay races.

“The gold at the 100m was the most difficult for me,” Morozov told R-Sport. “I can’t say that any of these medals surprised me or was unexpected. I’m swimming all the relays and it’s not hard for me, moreover they are all 4x50 meters.”

Russia leads the overall medal table for the first time since 2008, winning nine gold medals, one silver and three bronze.