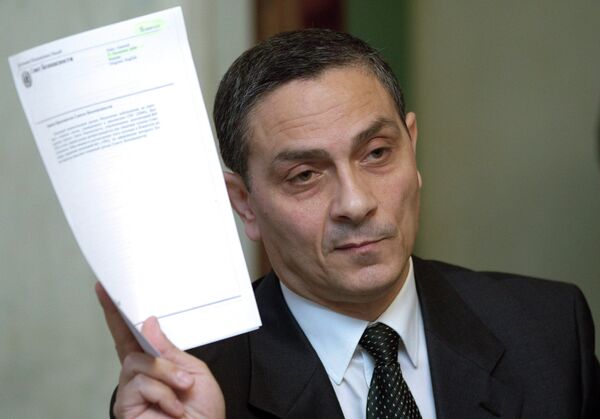 A US-Syrian man was found guilty in New York on Friday of conspiring to illegally purchase aircraft together with convicted Russian arms dealer Viktor Bout, US federal prosecutors said.

Chichakli, who represented himself during the trial, faces a prison sentence of up to 180 years after his conviction on the nine counts.

US prosecutors say Chichakli helped Bout in 2007 to purchase two aircraft to be used for arms trafficking in violation of US and international sanctions that both men faced over their alleged links to illegal weapons sales and affiliation with former Liberian President Charles Taylor.

Chichakli was arrested in Australia in January and extradited to the United States in May. He has repeatedly denied wrongdoing, as has Bout, who is currently serving out a 25-year prison term in a US prison after being convicted of trying to sell arms to the Colombian rebel group FARC.

Officials in Moscow have said the case against Bout – who was arrested in 2008 in Thailand and extradited to the United States – is politically motivated and have unsuccessfully tried to have him transferred to Russia.

In his closing argument, Chichakli said he was targeted by US authorities only because he knew Bout, Reuters reported.

“It is no secret that Viktor Bout is my friend,” the news agency cited Chichakli as saying.

Assistant US Attorney Ian McGinley said in his closing argument, however, that Chichakli had used false identities when conducting the transactions and asked the jury why the businessman would do that if he were innocent, Reuters reported.

“When you clear away all of the smoke and mirrors here, it’s a simple case,” McGinley said, according to Reuters.