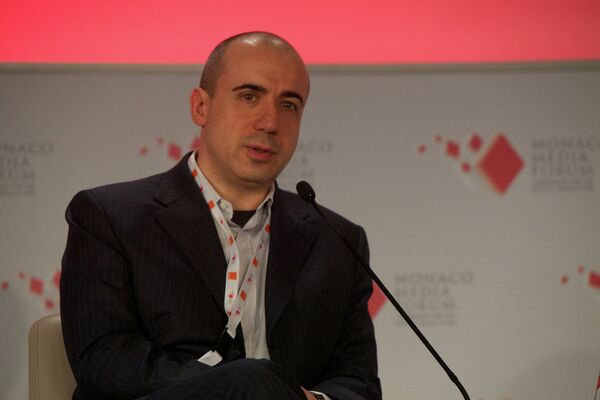 Milner, a self-described “failed physicist” who made his fortune in high-tech investments, told The Guardian that he wanted the new Breakthrough Prize in Mathematics to encourage people to think more deeply about life. The prize will be awarded for the first time next year.

“If you take the largest scales possible, there are a number of scientists, individuals, who operate at that scale, they think about the whole universe. I think that we focus too much on small scales as human beings, and not enough on larger scales. That’s really the problem we’re trying to address here,” he told the paper Thursday.

The new prize was unveiled at an awards ceremony in the United States for two other multi-million-dollar research prizes established by Milner. The Fundamental Physics Prize, which he founded last year, was shared between Michael Green of Cambridge University and John Schwarz of the California Institute of Technology.

The Breakthrough Prize in Life Sciences has been awarded to six scientists for their work, and each won $3 million. Milner co-founded the prize a year ago in partnership with Silicon Valley entrepreneurs including Zuckerberg; Sergey Brin, the Russian-American co-founder of Google; and Jack Ma, a Chinese entrepreneur.

The glitzy event in California was presided over by Hollywood star Kevin Spacey. Not everyone was impressed by the largesse of Milner and his fellow billionaires, however.

One “prominent physicist” who asked not to be identified told The Guardian that the money could be put to better use, saying: “The great philanthropists of the 19th and 20th centuries, like the Rockefellers and the Carnegies, did not create prizes – they created universities and research institutes that have enabled thousands of scientists to make great breakthroughs over the succeeding decades.