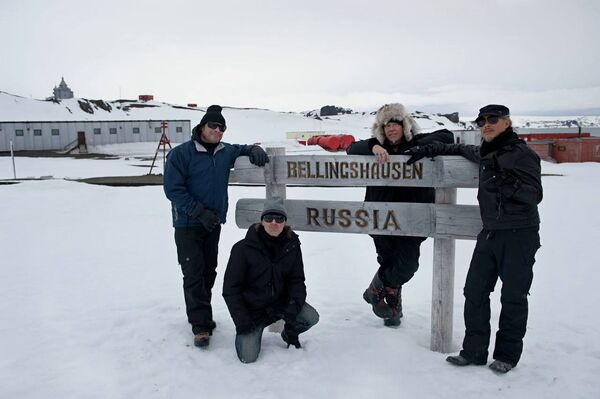 The Arctic and Antarctic Research Institute said the rockers had accepted an invitation from Russian polar researchers who attended the December 8 show to visit the Bellingshausen station after the gig inside a dome at Argentina’s Carlini base.

No other details of the visit to the Russian station were available.

During the 10-song hour-long show, which the band dubbed “Freeze ‘Em All,” sound was transmitted to the audience of about 100 people through headphones in order to conform to international Antarctic regulations in place to prevent any disturbance to polar fauna.

The gig, the second ever to take place in Antarctica, made Metallica the only band to have performed on all six continents.

The first Antarctic concert took place in 2007 when a group of scientists who had formed an indie-rock quintet called Nunatak performed at the UK’s Rothera Research Station as part of the Live Earth environmental awareness campaign.