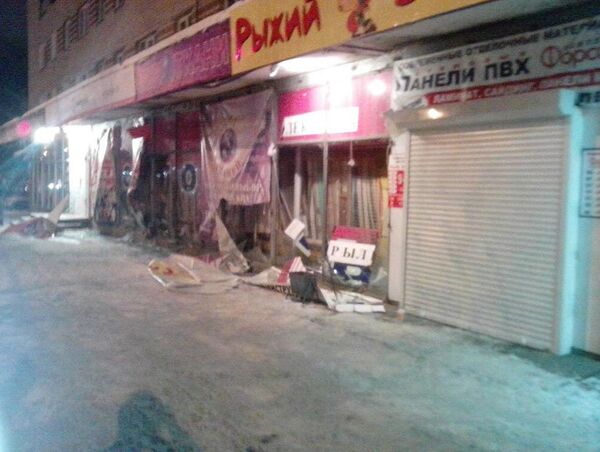 The riots in Arzamas, a town of some 100,000 in Russia’s Nizhny Novgorod Region, began after a 26-year-old Russian was stabbed to death in the early hours of Saturday morning in a street fight outside a local café.

His companion was also injured in the brawl, which local reports blamed on foreign migrants from Armenia. Police said they have opened a criminal case and detained three suspects in the death, but did not specify their identities or ethnicity.

The protests that began on Saturday with about 50 people demanding punishment for the murder swelled to about 1,000 participants and had turned violent by Monday evening, regional police said. Videos of the riots posted online showed crowds of protesters smashing shop windows, some shouting nationalist slogans.

Local law enforcement deployed riot police and have arrested dozens of protesters, various media outlets reported. Russian tabloid LifeNews put the number of detainees at about 70 on Monday night, but said that figure was growing.

Law enforcement officials in the region said they would hold a public meeting with citizens on Tuesday afternoon, one of several assemblies aimed at calming public order.

The Arzamas riots are the latest in a string of similar incidents in which nationalist protests have boiled over into violence after a member of an ethnic minority was accused of wrongdoing. Analysts say the phenomenon is indicative of increasing tension in recent years between Russians and people perceived as foreigners.

While Russia’s leadership has focused attention on both the problems of nationalism and illegal migration, it has struggled to address the problem of interethnic tensions head-on. President Vladimir Putin described nationalism as a danger to Russia's multi-ethnic social fabric during his state-of-the-nation address last year, but also condemned "ethnic gangs" as a major threat to national security.

In a number of cases in recent years, including a mass violent clash in central Moscow in late 2010, protesters have been outraged by what they see as tight-knit ethnic communities’ collective ability to bribe corrupt police officials to reduce or avoid punishment for suspected crimes.

Foreign migrants often complain of harassment from the authorities and racist attitudes from the local populace.

A similar murder of a Russian by a man from Russia’s North Caucasus republic of Chechnya sparked riots in the Russian town of Pugachyov in July, which escalated into hundreds of locals demanding the expulsion of all Chechens from the area.