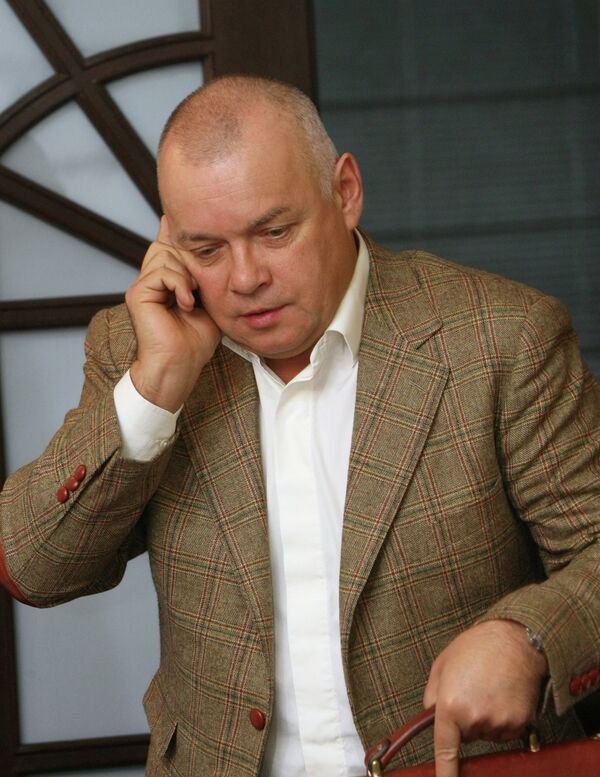 In an announcement Monday that stunned even the agency’s own staff, the Kremlin said it would disband RIA Novosti, which also incorporates R-Sport, amid what is said was a wide-ranging reorganization of state-owned media assets.

News agency RIA Novosti and the state-owned Voice of Russia radio will be scrapped and absorbed into a new media conglomerate called Rossiya Segodnya to be headed by Kiselyov.

RIA Novosti and its sports arm R-Sport were given Olympic host agency status for the February 7-23 Sochi Games by the International Olympic Committee in 2011.

“I can assure you that [the Olympic obligations] will be fulfilled, both by today’s agency and by tomorrow’s agency,” Kiselyov said. “Organizing this work is an urgent task.”

The process of winding down RIA Novosti is expected to be ongoing just as the Games get under way, which will likely raising misgivings about whether coverage can meet the ambitious targets with which the agency has been tasked.

Kiselyov has not specified whether the Olympic coverage would be provided under the current RIA Novosti and R-Sport brands.

The dissolution of RIA Novosti is the latest in a series of shifts in Russia’s news landscape that appear to point toward a tightening of state control in the already heavily regulated media sector.

The changes, including legislative amendments, must be carried out by the government within three months, according to the Kremlin. Rossiya Segodnya will be located in the current RIA Novosti building in downtown Moscow, the decree said.

RIA Novosti was set up in 1941, two days after Nazi Germany invaded the Soviet Union, as the Soviet Information Bureau, and now has reporters in over 45 countries providing news in 14 languages.