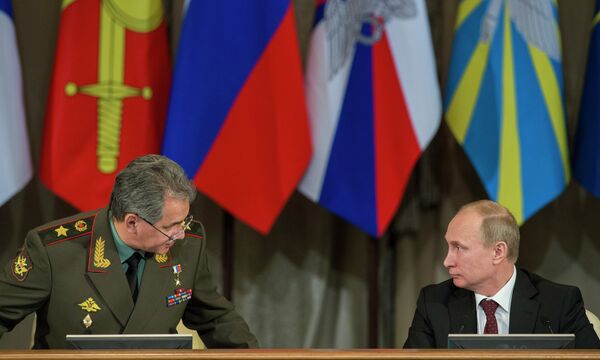 “In 2014 more than 40 of the newest intercontinental ballistic missiles, 210 aircraft, and more than 250 armored vehicles will enter into the armed forces,” President Putin said at a meeting of the country’s top military leadership.

Russia will see the continued deployment of the Yars ICBM to the Strategic Missile Forces and the Iskander tactical ballistic missile to the ground forces next year, Shoigu said. Two new ballistic missile submarines will also become fully operational next year, he added.

President Putin outlined a roadmap last year to increase defense spending by nearly two-thirds to $97 billion by 2016. Putin said the funding was vital to modernize the military’s hardware, while calling for the armed forces’ operating costs to be kept to less than 30 percent of the defense budget.

Russia is in the midst of a major reform of the military including re-equipment and a transition to a largely professional force, but has been struggling with a shortage of recruits as a result of draft dodging and a declining pool of eligible conscripts.