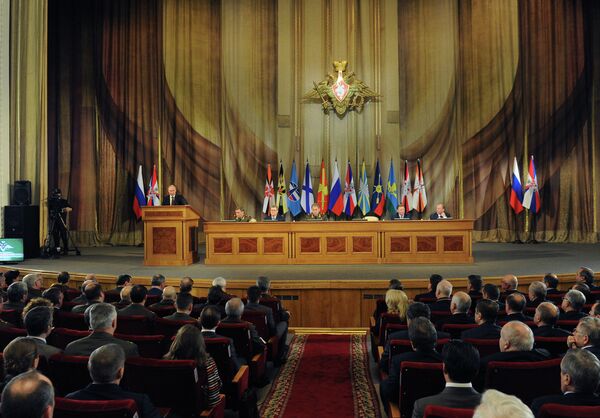 Russian President Vladimir Putin on Tuesday reiterated staunch opposition to US plans to deploy an extensive missile defense system in Europe, saying the network would “erode” the world’s balance of power.

He said at a meeting with Russia’s defense minister that the country should upgrade its weaponry to maintain parity with “leading nations actively modernizing their arsenals.”

Defense Minister Sergei Shoigu said Russia would pursue deployment of Iskander nuclear missiles in the country’s western-most region, Kaliningrad, a move threatened in the past as a reaction to the US missile plans.

Putin also noted that the impending withdrawal of US troops from Afghanistan would create a “region of instability” in Central Asia, “directly affecting the interests and safety of the Russian Federation.”

The United States and its allies are expected to withdraw the bulk of their forces from Afghanistan next year, following more than a decade of war in the world’s number-one opium producer.