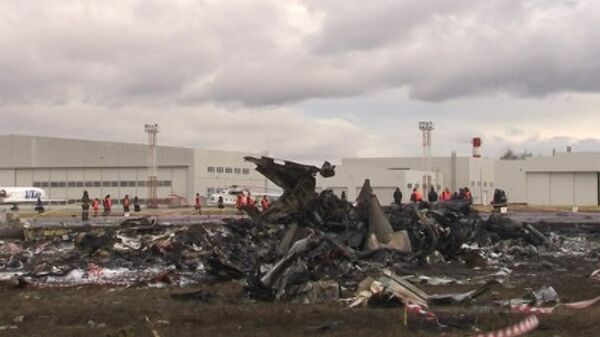 “The plane’s captain, Rustem Salikhov, was a qualified flight navigator, and then he supposedly obtained certification as a commercial pilot from one of the aviation training centers licensed by [the watchdog] Rosaviatsia,” said Vladimir Markin, spokesman for Russia’s Investigative Committee.

“Investigators have raised doubts over the legality of the activities of these centers, which have since closed down,” he said.

Markin said investigators would search Rosaviatsia departments to confiscate paperwork related to the training centers, and would also question the department heads.

Rosaviatsia said Friday that it would investigate the legality of licenses issued to flight navigators and engineers who retrained as pilots.

The aviation watchdog also said it would inspect all airlines in Russia’s republic of Tatarstan – Ak Bars Aero, Tulpar, Tulpar Air and Kapo Avia – and open an investigation into Tatarstan officials who may have been involved in “nonobjective certification inspections of Tatarstan Airlines.”

Tatarstan Airlines previously said Salikhov was an experienced pilot with around 2,500 hours flight time, while his co-pilot had around 1,900 hours. 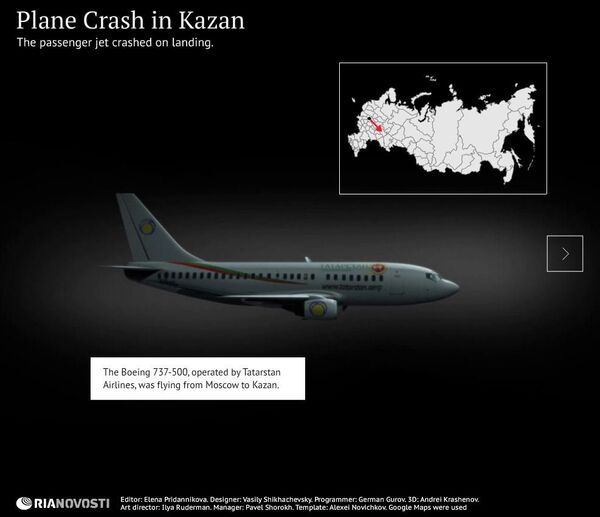 No traces of alcohol or drugs were found in the blood of the pilots flying the doomed aircraft, Markin said Friday.

The Boeing 737-500 operated by Tatarstan Airlines, flying from Moscow to the central Russian city of Kazan, crashed on November 17 while attempting to land at Kazan Airport. All those on board – six crewmembers and 44 passengers – were killed after the pilots apparently lost control of the aircraft after overshooting during a missed approach.

On Wednesday, the airline’s general director was sacked, and the next day, Rosaviatsia recommended the airline's license be revoked over violations of the regulations, following an inspection of the company in the wake of the fatal crash.

Russia's airlines are increasingly suffering from a shortage of qualified aircrew. On Thursday, the government approved a bill that would allow foreign pilots to work as crew members on Russian civilian aircraft, which they had not previously been allowed to do.