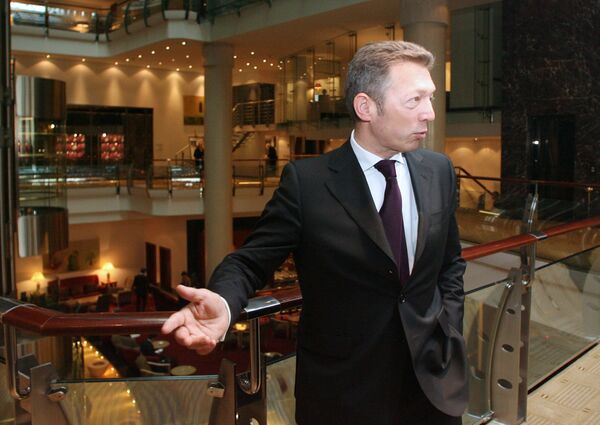 Gaydamak told RIA Novosti by phone that the dispute had been settled. “I am now going to have a little rest. I will definitely fly to Moscow soon,” he said.

Gaydamak, 61, was arrested in Zurich on November 19 and transferred to Geneva on charges filed against him by Luis Fernandez, former coach of Gaydamak’s football team Beitar Jerusalem. Fernandez claimed that the businessman had cheated him out of 400,000 euros ($546,000).

Swiss newspaper Tribune de Geneve reported Wednesday that Gaydamak was released after his lawyer Marc Bonnant signed a deal with the plaintiff’s lawyer according to which Gaydamak would pay the ex-coach 500,000 Swiss francs (about $557,000).

The businessman is still wanted in France in connection with allegedly illegal weapon deliveries to the African nation of Angola.

In 2009, a Paris court found Gaydamak guilty of organizing arms deliveries from Eastern Europe to Angola worth a total of $790 million. The supplies included 150,000 artillery shells, 12 helicopters, six warships, 420 tanks and 170,000 landmines.

Gaidamak, who did not attend the court proceedings, was sentenced to six years in prison, but the sentence was halved by an appellate court two years later.

In all, 42 people stood trial, including former French Interior Minister Charles Pasqua and Jean-Christophe Mitterrand, the son of late French President Francois Mitterrand. Thirty-six of the defendants have been found guilty.