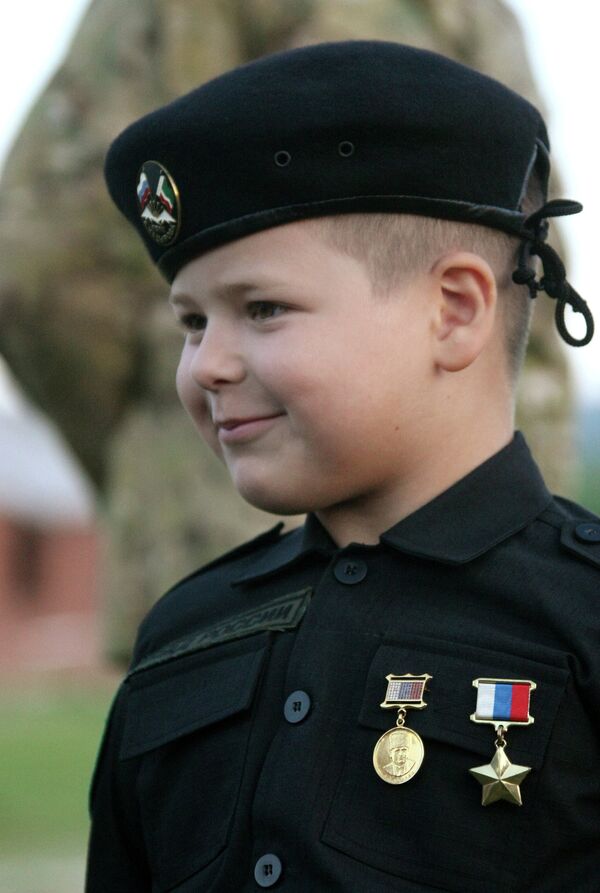 © RIA Novosti . Said Tsarnaev
/
Go to the mediabank
Subscribe
International
India
Africa
Chechen strongman leader Ramzan Kadyrov hit his Instagram account Thursday to brag that his youngest son, 6-year-old Adam, had memorized the entire Koran – the youngest person in Russia to do so.

MOSCOW, December 5 (RIA Novosti) – Chechen strongman leader Ramzan Kadyrov hit his Instagram account Thursday to brag that his 6-year-old, Adam, has memorized the entire Koran – the youngest person in Russia to do so.

“This was no easy task for him because he still can’t read or write in Russian,” wrote Kadyrov, who has ruled the predominantly Muslim republic in southern Russia for the past six years.

Kadyrov explained that a year ago his son had prayed to Allah in Mecca’s holy Kaaba, the most sacred building in Islam, to give him the “great blessing of becoming a hafiz,” a title bestowed on those who memorize the Koran in its entirety.

Kadyrov wrote that his son studied every day and on Thursday passed an examination to become “the youngest hafiz in all of Russia.”

Chechnya, which was ravaged by two wars in the 1990s and early 2000s, has under Kadyrov’s firm rule grown increasingly conservative and seen a rise in the status of traditional Islam.