Subscribe
The number of polar bears in the Arctic could drop by two-thirds by 2050 because of poaching, pollution and global warming, Russia’s natural resources and ecology minister said Wednesday.

MOSCOW, December 4 (RIA Novosti) – The number of polar bears in the Arctic could drop by two-thirds by 2050 because of poaching, pollution and global warming, Russia’s natural resources and ecology minister said Wednesday.

Speaking at the International Forum on the Conservation of Polar Bears, Sergei Donskoi said that active industrial development in the Arctic in recent decades is one factor that has negatively affected the population of the beasts.

High levels of accumulated organic pollutants have been found in polar bear tissues on the Arctic island of Spitsbergen and near the Barents and Kara seas, he said.

Poaching is another threat to the animals, Donskoi said, as high prices for white bear hides and other body parts still drive illegal hunting. The Soviet Union banned polar bear hunting in 1956, but Russia's far eastern Chukotka region relaxed the law in 2011, allowing the area’s indigenous people to kill 29 polar bears a year. 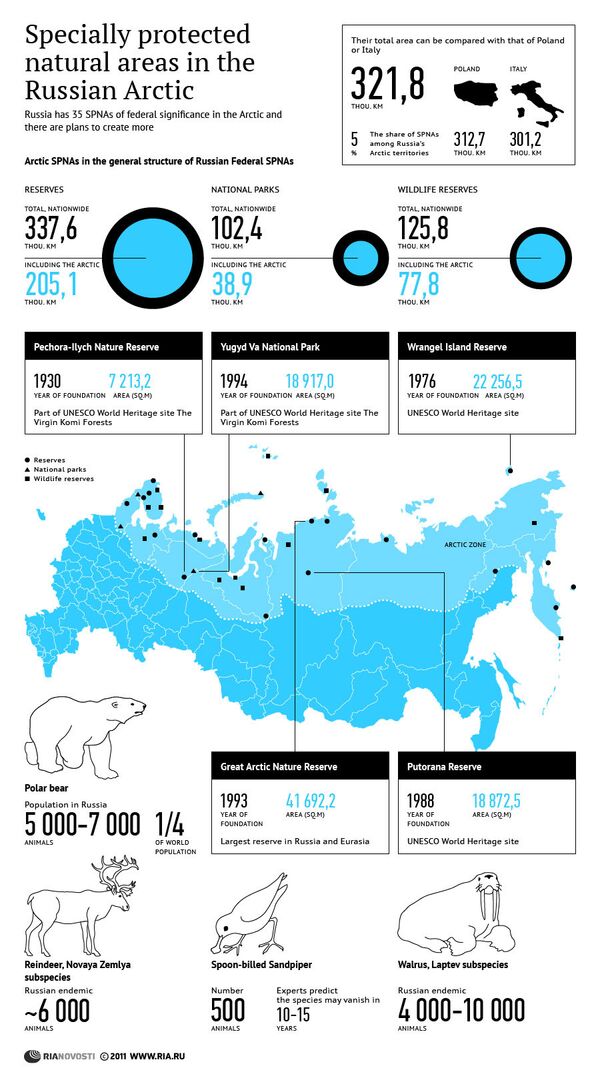 Shrinking habitat is the third major danger for polar bears, Donskoi said. Loss of sea ice makes it difficult for them to hunt seals, their preferred prey, and drives the bears ashore and into greater conflict with humans.

Participants at the three-day forum, which include environment officials from Canada, Greenland, Norway, and the United States, plan to review conservation efforts since the 1973 signing of a multilateral polar bear conservation treaty and set out top preservation priorities for the next decade.

Scientists estimate the current global population of polar bears at about 20,000 to 25,000.